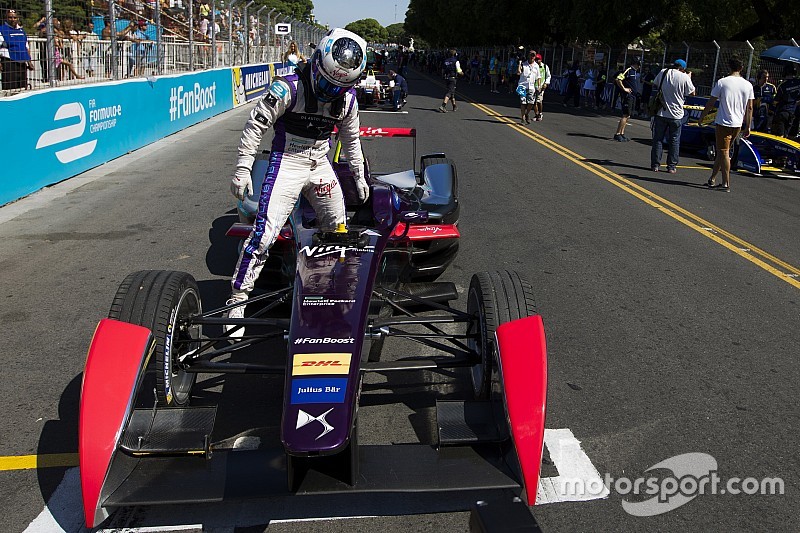 After winning the Buenos Aires ePrix, DS Virgin Racing is determined to repeat the feat as they prepare to race on the 2.092km Autodromo Hermanos Rodriguez.

After its first win of the season, DS Virgin Racing is ready to face its next challenge on the Formula E circuit by racing in Mexico City. It will be the very first time that Formula E will race in that part of the world, so whilst there are a few unknowns going into the weekend, the team is excited to be in a new location and is well prepared and confident as a result of winning the last race. After setting pole and leading from start to finish in Buenos Aires, Sam Bird will be looking for a similarly strong performance to consolidate his position within top three of the driver’s standings and further improve the team’s positioning in the manufacturer standings.

“I am feeling great ahead of Mexico,” says Bird ahead of the race weekend. “I went into Buenos Aires with confidence because I knew the track, obviously I don’t have that luxury with Mexico but I’m confident with the team and the car and I’ll be aiming to compete for victory again. I know the two drivers in front of me in the standings are talented and they will put up a good fight but at least I can say that it’s a fight I’m in.” Winning in Buenos Aires put Bird within 24 points of Brazilian Lucas Di Grassi and 28 of Swiss driver Sébastien Buemi.

The best of old and new

Situated in the heart of Mexico City, the historic Autodromo Hermanos Rodriguez track will combine the best of old and new. With 18 turns and a track length of 2.092km this track is a short and sweet version of the track that Formula 1 raced last year. Set to be one of the most memorable races of the season so far, the Mexico City ePrix will have seating of around 40,000 for local fans.

French driver Jean-Eric Vergne is also aiming for a strong position during the Mexico City ePrix: “I’m looking forward to Mexico, I feel like I haven’t done as well as I might have liked the past few races so I am going to give my everything during this event to get a good result. I am also really pleased to be heading to Mexico, I know the area we are going to, it’s fantastic and the stadium atmosphere will be amazing, I’ve raced in Mexico City before and the fans are great.”

The DS Virgin Racing team has made big improvements since the start of Season II. “The test day in Punta del Este has triggered a great deal of improvement,” explains Team Principal Alex Tai. “We have improved several aspects of DSV-01 and we are particularly pleased with the new software the team developed for Buenos Aires that has helped the drivers manage their energy more efficiently,” he continues. “However, we will remain realistic, ambitious but realistic. I believe we will continue to improve. The Buenos Aires ePrix has shown that we are capable of upsetting the leaderboard so our next challenge is consistency. Our ambition is to be on the podium every race between now and the end of the season.”