e.Dams-Renault is now preparing for the final charge! 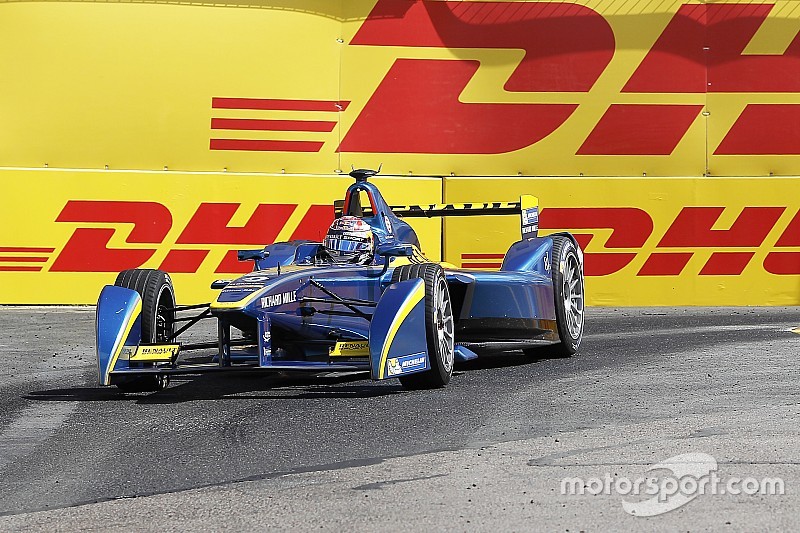 Sébastien Buemi drove a great race and took the flag in third place. Unfortunately, he was then penalised for leaving his pit after his car change just when another car was passing. He finally finished ninth just behind Nicolas Prost.

We’re feeling very disappointed after this great event in Moscow.

Buemi set the fastest time in both free practice sessions and he was feeling pretty confident before qualifying. So was Prost who was second-quickest in the first morning session. But they had to be content with fourth and sixth places on the grid. After a relatively calm start to the race, the team’s energy strategy seemed to give Buemi, who was lying third, an advantage when he came in to change cars. Unfortunately, a communications error kept both e-dams-Renault drivers 68 seconds in the pits instead of the 59 allowed.

Thus, Sébastien and Nicolas lost precious places in the battle. The Swiss driver then showed just how quick he is by setting the fastest lap as he fought his way back to a top-3 finish until he was hit with the penalty. The Frenchman had to cope with a lack of power on his last lap although still managed to score points at the finish. While e-dams-Renault lost points the team is still in a strong position before the decisive final round in England.

Sébastien Buemi: “Obviously, after such a final result frustration is the dominant feeling. Already I should have qualified in a better position and then race incidents accumulated. It’s a pity as we were quick and we started on a good strategy. It’s tough to finish off the weekend in this fashion although I’m certain we’ll soon get our challenge back on track. We’re going to London determined to win both titles.”

Nicolas Prost: “It’s been a difficult day despite a good start in free practice. I didn’t make a great getaway and then I had a few technical issues. Obviously the time lost in the pits during the car change cost me dear: without it I could have scored a good result. It’s a pity but we’re going to put our heads down and finish the season on a high note in London.”

Alain Prost, co-owner: “We’re feeling very disappointed after this great event in Moscow. We made a mistake on the time for the pit stops, which cost both Sébastien and Nicolas places among the front-runners, and we’d like to offer them our excuses. Sébastien was also given a penalty for unsafe release on the pit lane after his car change. To sum up we lost a big haul of points, especially in the drivers’ championship. The positive side is that we were quick despite everything even if the results didn’t follow. We now have to remain concentrated because it will all be decided in London and we’re still well placed in both championships.”

Jean-Paul Driot, co-owner: “We wanted to hit back after our average race in Berlin but chance decided otherwise. We were very competitive in practice, but we were hoping for a better result in qualifying. Things were going pretty well in the race with a good energy-saving strategy until the car changes intervened, which caused us problems today. It was a missed opportunity and we’ll be ready for the last two rounds.”

Moscow ePrix narrows down the list of title hopefuls