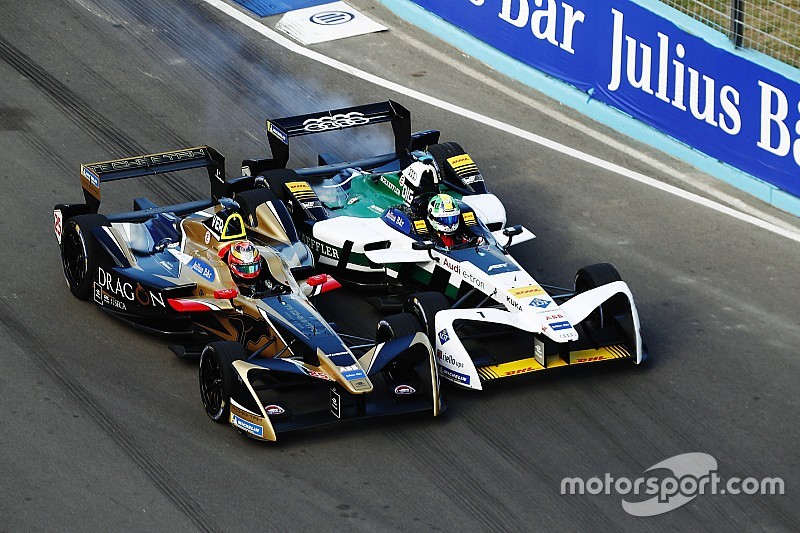 A new documentary produced by Leonardo DiCaprio that covers ABB FIA Formula E’s final Gen1 season in 2017/18 will have its premiere at the Cannes Film Festival next week.

The film, called ‘And We Go Green’, is a behind the scenes look at the electric single-seater championship and covers Jean-Eric Vergne’s title winning campaign last season.

It is directed by Academy Award-winning filmmaker Fisher Stevens – also artistic director of the Extreme E off-road SUV racing championship that FE is set to operate – and Malcolm Venville.

‘And We Go Green’, which features unseen race footage from the final season of FE’s Gen1 era, will be screened at the Salle 60eme cinema on 23 May.

Although the film does not yet have a public release date, Motorsport.com understands that discussions with distributors are on-going regarding a full release and FE is aiming for it to be available soon.

“The documentary encapsulates the true mission and purpose of the ABB FIA Formula E Championship, to show how competition drives technological development and how the excitement of sport can have a meaningful social impact and alter perceptions of electric vehicles,” said FE CEO Alejandro Agag, who is also one of the film’s executive producers.

“This notion is how the title ‘And We Go Green’ came about. Not only does it signal the start of our races, but it also indicates an urgent need to put the brakes on devastating and irreparable damage already caused by fossil fuels.

“I’m proud to have worked with such great talent and a production team who share the same common values around sustainability and making a positive impact in the fight against climate change.”