The FIA will discuss the behaviour of several ABB FIA Formula E drivers during the red flag stoppage in Bern ahead of the season finale in New York, Motorsport.com understands. 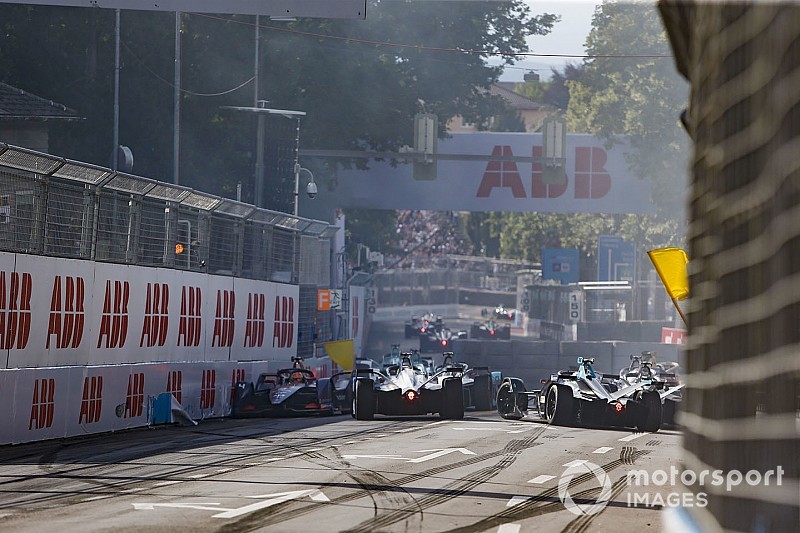 The Swiss E-Prix was stopped after a first corner pile-up caused a track blockage in the de facto capital of Switzerland, but several drivers were able to get through by cutting the chicane that formed the opening sequence of turns. They therefore leapt up the order to run behind leaders Jean-Eric Vergne, Mitch Evans and Sebastien Buemi, but the order was reset to the starting grid positions during the subsequent 40-minute delay before racing resumed.

This led to several drivers – including Lucas di Grassi, Antonio Felix da Costa and Felipe Massa – being captured on FE’s TV feed remonstrating with an FIA official about the decision when they returned to the pitlane during the stoppage. Motorsport.com understands that the FIA examined the incident after the race in Bern and FE race director Scot Elkins has now confirmed it will discussed again in New York.

In response to an enquiry about the incident from Motorsport.com, Elkins said this will not be “a formal investigation, but it will be discussed at the next event”.

The argument about resetting the order to the grid stemmed from confusion over where the positions had last been taken. FE’s sporting rules state that ‘the order will be taken at the last point at which it was possible to determine the position of all cars’, but it appeared that some drivers felt an order an been established during the time it took to bring out the red flags from the time of the crash.

During this time the leaders and those who had cut the chicane had reached the lower part of the track, which was largely situated on a hill overlooking central Bern. But the FIA has now clarified to Motorsport.com that as it had to determine the position of the all the cars for the restart, it had find a point before the crash occurred, as several were left stranded at the scene.

“In the case of Bern, the only timing line we had prior to the T12 [the race’s first corner due to the track’s offset start/finish lines] incident scene was a non-published ‘TV’ timeline, which was very near the start gantry,” explained Elkins. “We reviewed the order at the ‘TV’ timeline and were not able to determine the position of all cars based on this timeline data, therefore based on this and the fact that we did not complete lap one, it was determined to use the starting grid order for the restart.”

Di Grassi and Massa said after the race that they felt the decision remained "super unfair" and "totally unacceptable" respectively. They were frustrated that the drivers who had caused the track to be blocked were able to regain their positions.