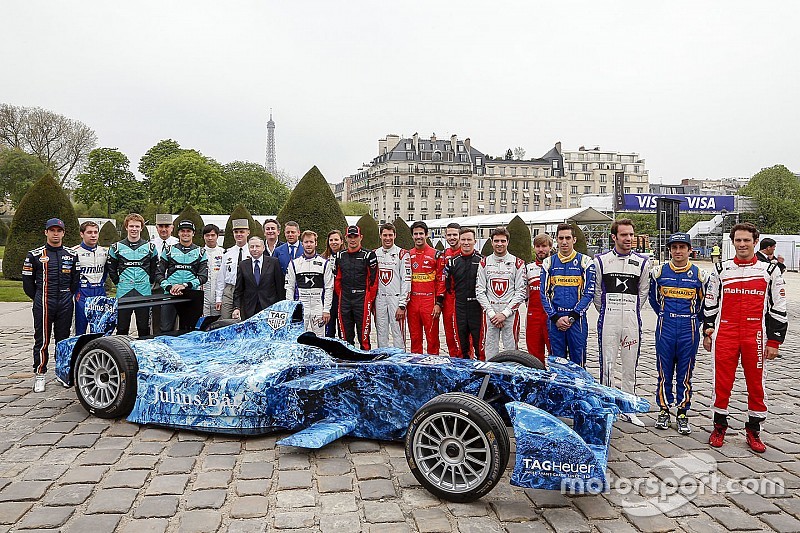 Paris, France - On Earth Day, the FIA Formula E Championship has revealed the stunning iceberg liveried car that will be auctioned off after the Visa Paris ePrix to raise money to fight climate change.

Series partners Julius Baer and TAG Heuer commissioned the bespoke livery from Lapo Elkann’s Garage Italia Customs studio. The car will be the star auction item at the post-race Gala Dinner fundraiser for the Prince Albert II of Monaco Foundation.

President Todt said: “Climate change presents one of the greatest problems facing the world today. Driving the use of electric cars is one of the many ways in which society can help to address this problem. This special car is a symbol of the role that Formula E is playing in raising awareness of this issue.”

April 22 marks the anniversary of the beginning of the modern environmental movement when 20 million Americans took to the streets, calling for a healthy and protected sustainable environment. It is celebrated annually and represents an important turning point in history.

This year Earth Day aims to build on the momentum of COP 21, the climate summit held in Paris in late 2015, to move towards clean and smart cities, and to plant 7.8 billion trees, with this year’s emphasis on ‘Trees for the Earth’.