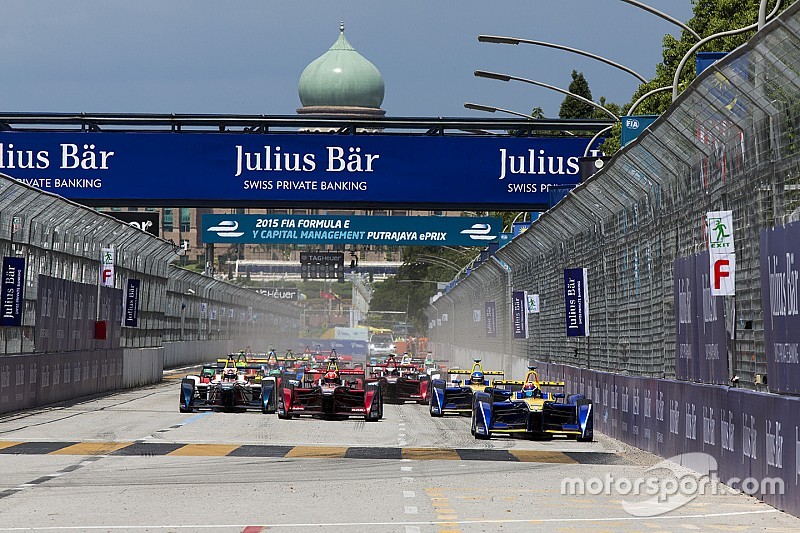 The dramatic FIA Formula E race in Malaysia last weekend netted the all-electric championship a favourable viewing haul on Fox, according to SportsMediaWatch.

The race claimed a 1.2 rating for the tape-delayed showing, enjoying the benefit of a handy post-NFL timeslot.

The original broadcast of the race on Fox Sports yielded 60 thousand viewers.

The ratings for the race compare well to the best Formula 1 rating of 2015, which was 1.1 for the Monaco Grand Prix in May, on the NBC network.

Opinion: Formula E is ripe for the casual observer

The news that Formula E is beginning to chip away in to the consciousness of American TV viewers should, on the face of it, come as no surprise.

At approximately 40-45 minutes in length and with a natural break in the mandatory car-swap pit stops, the race has a consistent and crowd-pleasing structure to start with.

Add in the guaranteed battles throughout the field, due to the finite energy available, the unrelenting walls (not to mention the track surface sometimes), and home interest via Andretti and former CART/IndyCar names – Jacques Villeneuve and Simona de Silvestro - and you have the kernel of something good.

With the correct scheduling and presentation, it could net Formula E a very significant following Stateside in years to come.

There is also, of course, a smattering of familiar names to certain generations of US race fans, who will have witnessed heady days of Long Beach and Watkins Glen antics performed by Nelson Piquet and Gilles Villeneuve. They’ll be parents now and will enjoy the natural talking points that such stories bring.

For season two, there is also a genuine technical war which can engage a new generation of engineer, and with it, get across some genuinely important transport, social and environmental issues, too.

Yet, Formula E still gets short-shrift by some self-styled petrol-heads the world over. Each to their own I say, but racing is racing. And Formula E has been producing some genuinely thrilling spectacles.