ABB FIA Formula E has revealed how the attack mode race format will be presented to TV and trackside viewers in the 2018/19 championship.

As confirmed by Motorsport.com, drivers must travel through an off-line activation zone, featuring three timing sensors, after arming the attack mode via a button on their steering wheels to access a higher power mode of 225kW.

The offline positioning of the attack mode zone is designed to ensure drivers lose time before getting access to the higher power mode – with the system, which is mandatory to use, inspired by the Mario Kart video game.

FE broadcasts in season five will “incorporate virtual reality - with the activation zone rendered on the track as a tied to field graphic”, according to an FE statement.

“The cutting-edge technology will harness trackside camera tracking, live telemetry data and powerful graphic engines to help tell the story of the race,” the statement continued.

Motorsport.com understands that the precise length and number of attack mode activations will only be revealed a few hours ahead of each race to prevent teams from simulating the fastest way to use attack mode at FE’s different locations.

FE has also confirmed the coloured LED lighting system that it will employ on the halo cockpit protection device during the upcoming campaign. The halo lights will glow blue when a car is in attack mode and magenta when fanboost is activated. 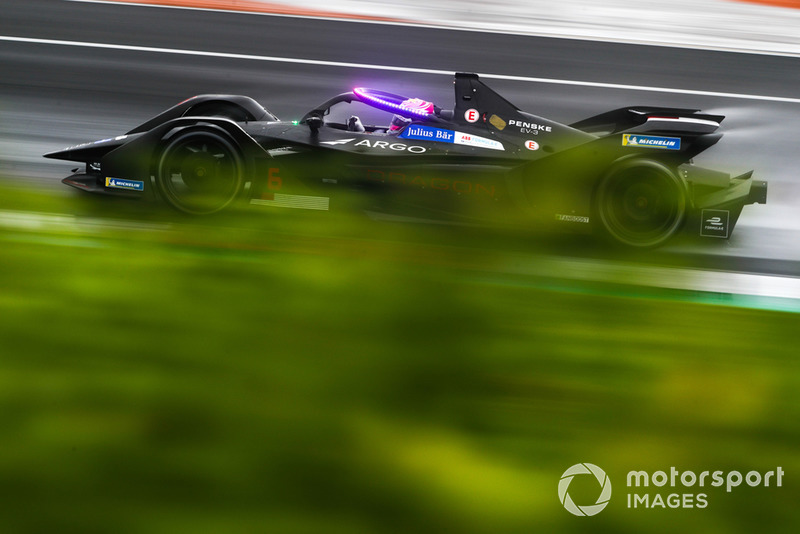 FE is also set to increase the number of drivers that have access to fanboost during each race from three to five, although that change is still subject to approval from the FIA World Motor Sport Council.

Agag explained to Motorsport.com that the expansion was “to bring more variety to the race, a little bit of modification to fanboost, so it doesn’t become too stale”.

“We keep going and change everything really fast, and this pace is Formula E’s pure DNA.”

Russell shows Williams 'not as bad as people think' - Verstappen