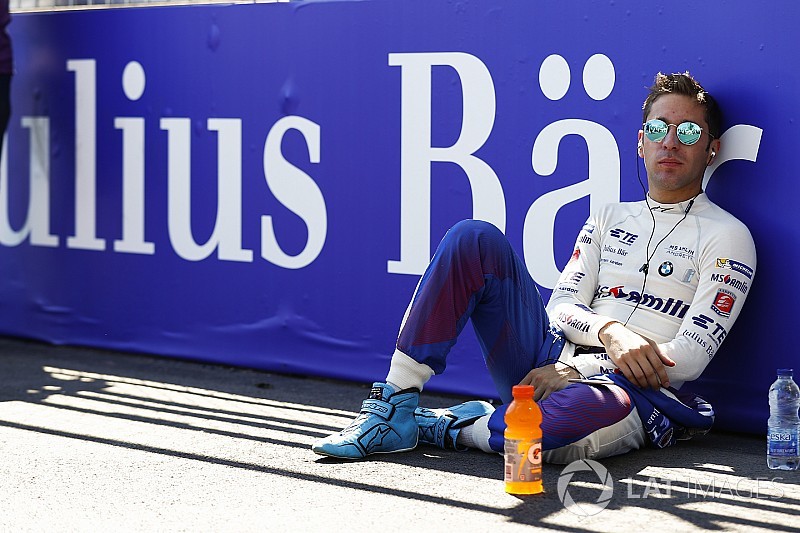 Robin Frijns lost his Andretti Formula E drive because of “complexities” arising from his customer racing relationship with Audi.

Frijns secured the Blancpain GT Series’ Sprint title last month driving for Audi customer team WRT, and has been ousted at Andretti in FE as its technical partner BMW looks to embed works drivers ahead of the factory takeover of the entry for 2018/19.

“We all really enjoyed working with Robin, he was a lot of fun and in terms of raw talent he is extremely quick – one of the quickest guys out there,” Griffiths told Motorsport.com.

“There were some other complexities in the relationship that Robin has with Audi, and BMW is a big competitor.

“That really played into a lot of the direction of where the programme is going for the future.

“We certainly were supportive of keeping Robin within the team but it had to be a relationship that worked for everybody.”

It means the 26-year-old Dutchman is on the FE sidelines after two seasons with Andretti in which he scored a best finish of third, in Putrajaya, on only his second start in the series.

“Definitely the team was really keen to keep me,” Frijns told Motorsport.com. “Michael [Andretti] had my back, and the entire team – I had fun with Antonio and we worked well together, we were good teammates.

“It was going to be difficult with the situation I was in, being an Audi driver in GTs and being contracted by Andretti, not BMW.

“It’s going to be a full BMW works team. They will come with their own powertrain and software, and they want to see who is the one to have in the car within the BMW drivers.”

Frijns said his desire is to try and test with a Formula E team in the next few months and force his way back into the electric single-seater series for 2018/19.

He is hopeful he will continue racing with Audi next season and said the German manufacturer’s new-for-2017/18 full works FE programme was a realistic target.

“I don’t want to be a reserve driver, I’ve been there in Formula 1 and it didn’t make really happy,” Frijns said.

“I’ve been with Audi for the last two years and the target is to be in Formula E with Audi. I like the brand, I feel comfortable. Why would I change?

“At a point halfway through last year, if BMW came along and said ‘We want you for Formula E for the next three years as a BMW driver’, then it was probably different, and I was probably in the car still. But that never happened.”