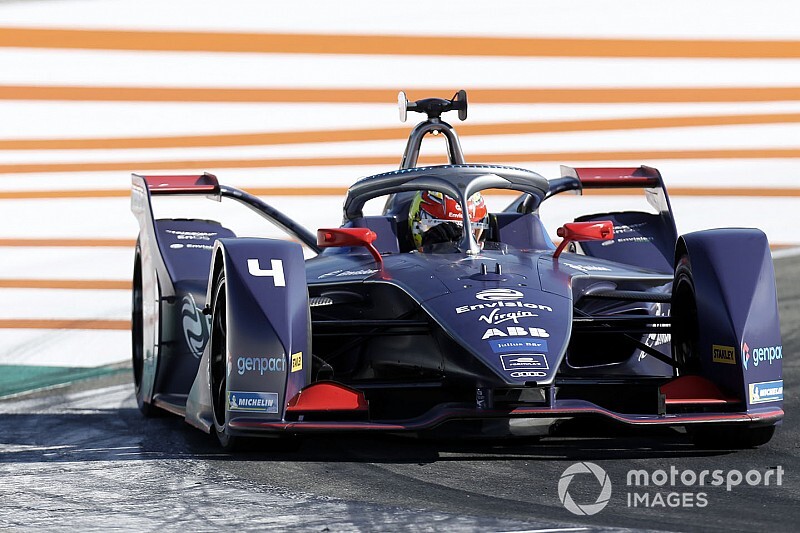 In the session's dying minutes, DS Techeetah's da Costa posted a 1m15.586s to head the afternoon's running - albeit 0.209s down on Frijns's lap from the morning session - to beat James Calado by under four hundredths of a second.

Calado, Mortara and Vergne's afternoon times were faster than their morning efforts, and Andre Lotterer and Ma Qing Hua were the only other drivers to improve after the lunch break.

The overall order of the top seven drivers remained the same, although Calado's lap was enough to bring him into eighth, shuffling Jaguar teammate Mitch Evans and Audi's di Grassi down a position each.

Sam Bird brought out the only incident-triggered red flag of the afternoon's running, hitting the wall at the exit of the chicane to pause the session with just under 20 minutes remaining.

The Envision Virgin Racing driver caused notable damage to the right-hand side of his car, but the car was delivered back to the pits before the end of the session to allow for another eight minutes of running.

Felipe Massa and Nyck de Vries completed just a single lap each in the afternoon – apart from their brief running the 'race', which they did before that designated slot.

De Vries was unable to complete further running due to a suspected problem with his rear axle that Mercedes is currently analysing.

After his car stopped due to a battery fuse problem on the first day cost him most of Tuesday and his crash on Wednesday morning, the 2019 Formula 2 champion has completed just 35 laps so far in the test.

His teammate Vandoorne is on 106 laps with one day of running remaining on Friday.

The session was paused after 20 minutes to prepare for the simulated race session, run to 31 laps and punctuated by a full-course yellow and two safety cars to perform a systems check ahead of the new season. 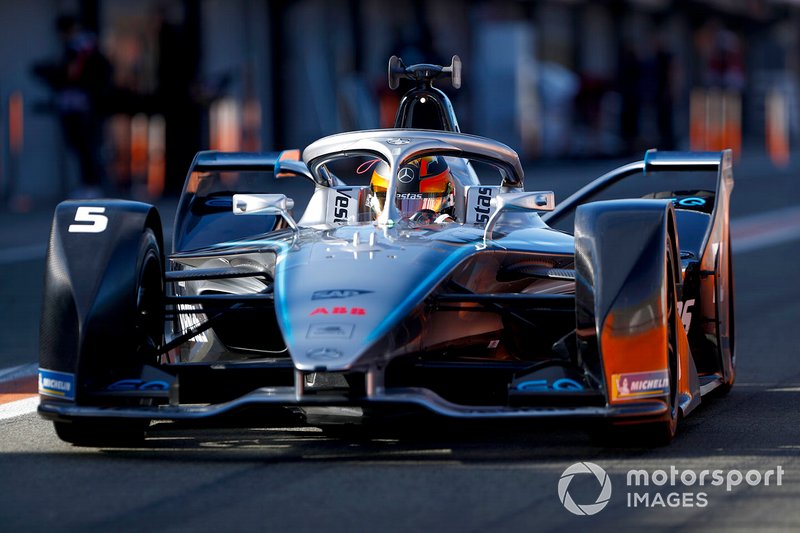 Vandoorne was declared the "winner", crossing the line 1.7s clear of Antonio Felix da Costa having controlled the second half of the race with impressive pace.

Starting in fifth, Vandoorne lost a place early on to the rapid Edoardo Mortara, but the two made their way past Felipe Massa before easing past the DS Techeetah pair of Da Costa and Vergne.

Shortly after Mortara took the lead from initial race leader Pascal Wehrlein, Vandoorne took control the lap after and began to set a number of competitive times to build a lead over Mortara.

After Mortara retreated to the pits on the 28th lap, da Costa recaptured second from Lucas di Grassi, who had enjoyed a late surge to rise up the order.

Di Grassi held onto third from Sebastien Buemi, as Vergne recovered to fifth having endured a descent down the order during the middle of the session - beating early leader Wehrlein.

Lotterer was the only driver not to participate in the 'race', while Bird made a belated start 20 laps behind the rest of the field.

NIO's Oliver Turvey, Vandoorne's Mercedes stablemate Nyck de Vries and Massa all pulled into the pits during the session, effectively counting as retirements.