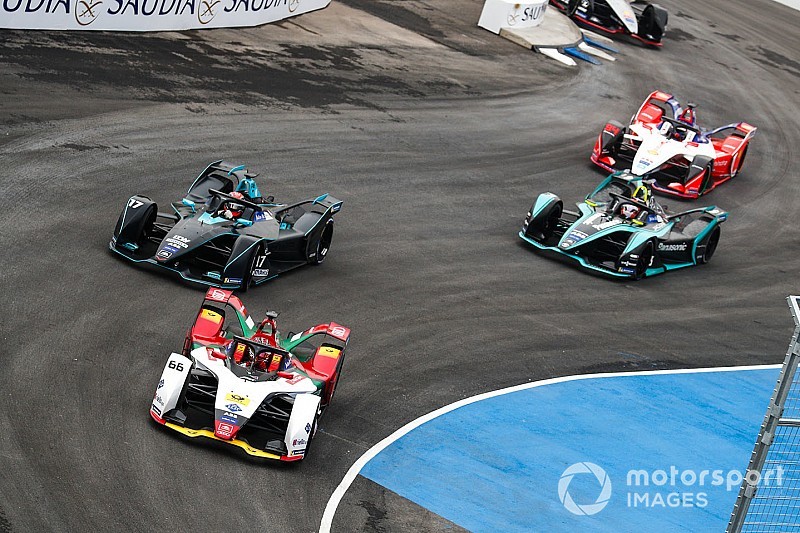 He was overtaken during the race by Jean-Eric Vergne’s DS Techeetah car, but the reigning champion then had to serve a drive-through penalty for exceeding the maximum permitted power limit.

Drivers were understood to be pushing at the maximum throughout the race, and although energy levels were aided by a late safety-car period it has been suggested that cars could have completed the distance flat out even without that intervention.

“What we had in Formula E is that energy management plays a good part of the race strategy,” he told Motorsport.com.

"But if you go flat out everybody does the same thing. It takes away racing capacity; racing unpredictability.”

Da Costa, however, said flat-out races are what FE should be aiming for, not only to challenge drivers but to also send a wider positive message about electric vehicles.

“This is cooler, we’re going back to a flat-out race,” he said.

“[The Ad Diriyah race] was pretty much a flat-out race from the beginning to the end and no car change.

“Your concentration levels, especially on a track like this, have to be a little bit higher as well. It’s the way it should be.

“We wanted to pass the message that electric cars have the range to do a full race without having to be swapped.”