Formula E has teased an image of the updated bodykit design that it has dubbed the ‘Gen2EVO’, which will be revealed in full next week. 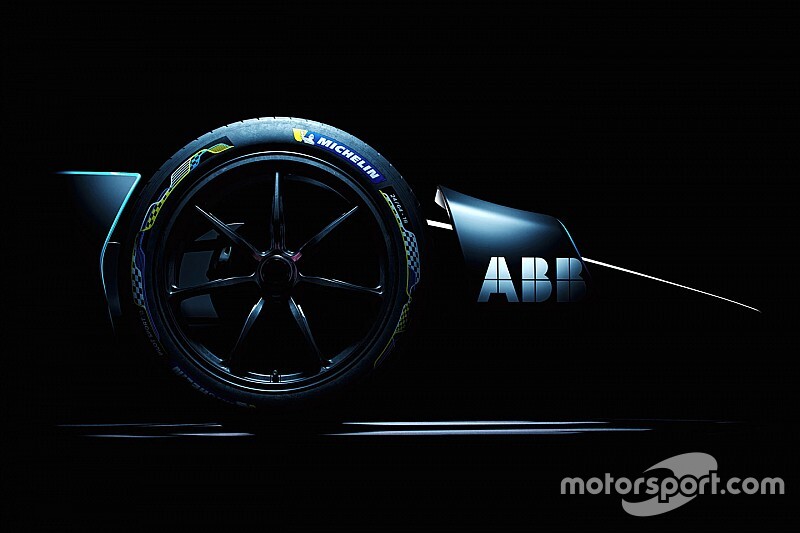 The initial image of the Gen2EVO that FE has released reveals that the new bodykit will drop the enclosed wheel arches that are a notable feature of the Gen2 car.

The front wing is also set to be significantly different, as the teaser image suggests it has been brought back towards the front wheels under what appears to be a raised nose – compared to the current design.

Motorsport.com understands that the Gen2EVO’s front wing will curve back above the nose, but it is not set to reattach to the nose – as was the case with the updated Gen1 bodykit.

The front wing area is understood to be less forgiving overall should it be damaged, which is part of a bid to reduce the amount of car-to-car contact seen in FE races since the start of the Gen2 era in 2018-19.

As revealed by Motorsport.com, introducing a “self-punishing” front end has been a key target of both FE and the FIA since the early races of last season featured high levels of contact.

With the new nose design, it is understood that if a driver damages their front wing, they will be shown the black/orange flag and will have pit for repairs.

Motorsport.com understands that the overall changes for the Gen2EVO will create a much sleeker overall design, along the lines of more traditional open-wheel cars.

FE’s teaser tweet indicates a digital launch of the new bodykit will take place on February 4, but a physical launch at the 2020 Geneva Motor Show in March – in a similar manner to the official unveiling of the Gen2 design back in ’18 – is also expected.