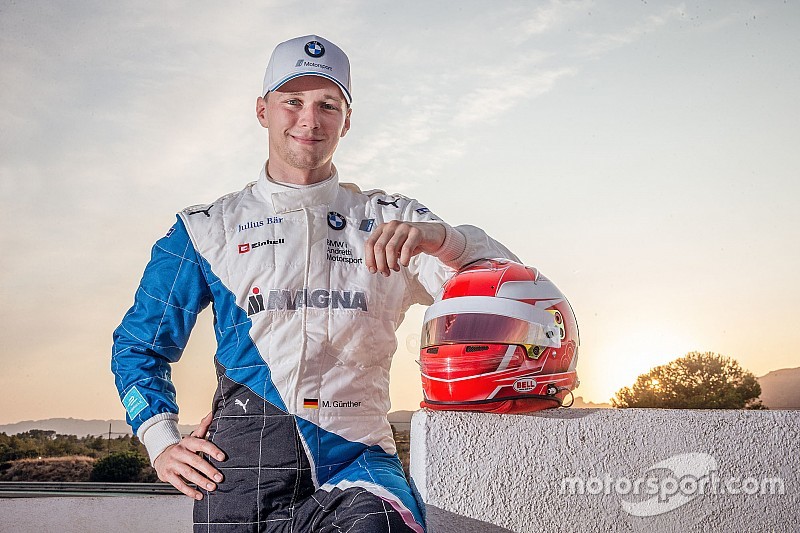 Gunther completed 10 races for the Dragon Racing squad in FE’s 2018/19 season, finishing 17th in the championship with a best result of fifth in Paris and Bern.

But he made a particular impression with his speed in qualifying, reaching superpole twice – in Rome and Bern.

“It is fantastic to be part of BMW i Motorsport now,” said Gunther.

“BMW i Andretti Motorsport had a strong maiden season in Formula E, won the very first race and was involved in the fight for the title down to the wire.

“That is why this switch is definitely a fantastic step for me. It is great to compete for BMW again. That’s where everything started for me in single-seater racing in 2011 [in the Formula BMW Talent Cup].”

Da Costa raced at the Andretti-run FE entry – which became BMW’s works operation ahead of the most-recent campaign – for three seasons and had been a factory driver with BMW for the last six years.

He has been heavily linked with a move to reigning FE teams’ champion DS Techeetah, which is set to announce a replacement for Andre Lotterer, who left the squad to join Porsche’s first FE line-up.

Da Costa wrote on Twitter that he would “carry [BMW] in my heart forever. New challenges coming up, soon will announce my future”.

"I have always been happy and proud to be part of the BMW family,” da Costa said in a BMW statement.

“BMW Motorsport gave me the opportunity to drive many different race cars, and to learn an incredible amount.

“I would also like to thank BMW i Andretti Motorsport for a great and intense time together in Formula E.

“Although I am now moving on to face new challenges, I will always look back fondly on my time at BMW.”

Da Costa’s BMW exit appears to boost Sims’ chances of staying on the FE grid for a second season.

The British driver showed pace throughout his rookie campaign in 2018/19, but was caught up in a string of incidents before taking pole and second place at the final race of the season in New York.

BMW stated that its plans for the seat alongside Gunther “will be announced in the coming weeks before the official test drives at Valencia (ESP) in October”.

We followed his performance last season very closely. Maximilian regularly managed to get the maximum out of his car package. That saw him achieve some impressive results.

“I would like to take this opportunity to thank Antonio very much for the good collaboration this past Formula E season and in the six years overall as a BMW works driver in the DTM, the WEC, in GT racing and in Formula E.”

The giant rookie doing Formula E its own way