Maximilian Gunther has sealed the final current vacancy on the 2018/19 Formula E grid and will be promoted to a race drive alongside Jose Maria Lopez. 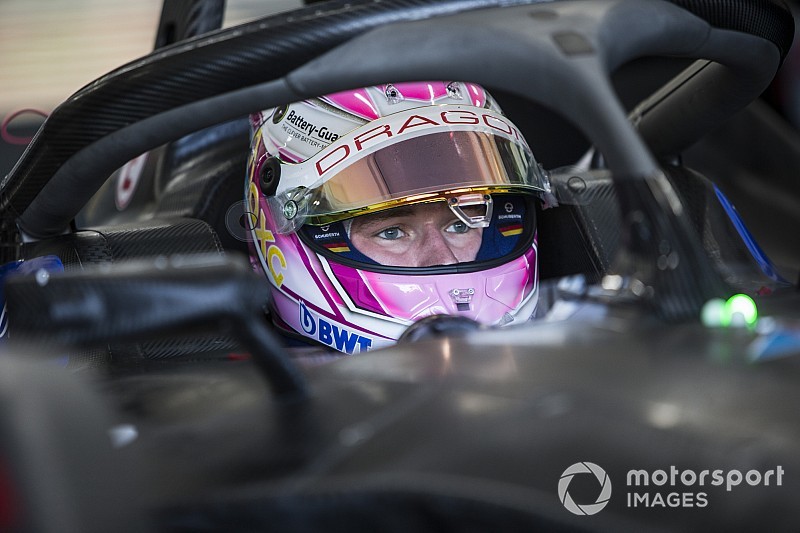 Gunther had been Dragon's reserve driver last season, and shared its second car with Antonio Fuoco during testing at Valencia last month.

"The working atmosphere inside the team is fantastic," said Gunther. "I feel really comfortable and can't wait to get the new season started.

"Certainly, I will give it my all to deliver the best possible results for the team."

The 21-year-old German replaces Jerome D'Ambrosio, who has left Dragon to be part of Mahindra's all-new line-up alongside fellow ex-Formula 1 driver Pascal Wehrlein.

Dragon Racing founder Jay Penske said Gunther "did a tremendous job building rapport with the team and working with the entire organisation on the development of the Penske EV-3".

Gunther twice finished in the top three of the Formula 3 European Championship during a three-year stint from 2015-17.

He was runner-up to Prema teammate Lance Stroll in 2016, then third behind Lando Norris and Joel Eriksson the following year.

He moved up to Formula 2 for 2018 with Arden and won the Silverstone reverse-grid race.

Though the second Dragon seat was ostensibly the final vacancy on the grid, Nissan e.dams is expected to require a replacement for its contacted signing Alexander Albon as he is set to get a Toro Rosso F1 drive for 2019.