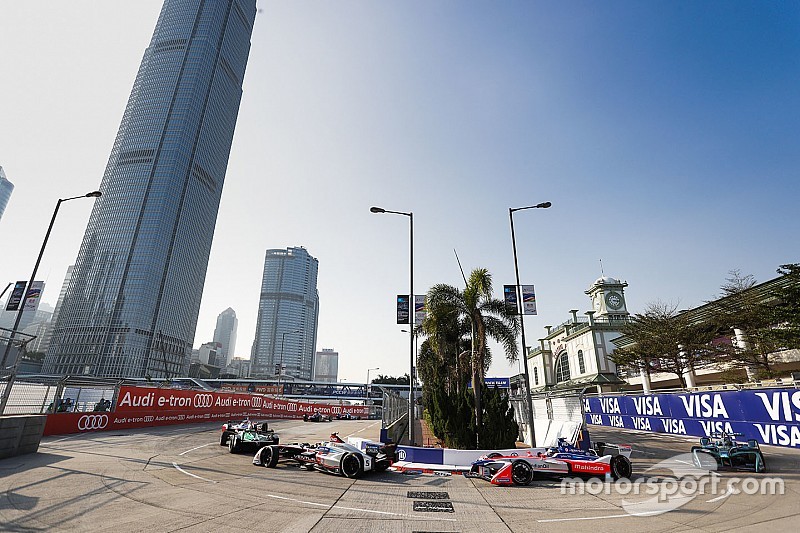 ABB FIA Formula E CEO Alejandro Agag says the all-electric championship will establish the future of the Hong Kong E-Prix with the city’s authorities after next weekend's event.

The race will be FE’s fourth at the city’s Central Harbourfront location since it joined the calendar for the 2016/17 season.

But its FE future beyond this season is currently uncertain due to construction works being planned for near where the race occurs, and the track length needing to be increased to accommodate the 12 teams that will race from season six.

Motorsport.com understands that there is a possibility the city will not be included on FE’s 2019/20 calendar, although this is not a foregone conclusion at this stage.

But should that scenario come to pass, FE intends to return to Hong Kong for the following 2020/21 season in the same location.

The circuit's expansion is a key topic for the discussions and has been requested by the FIA.

All outcomes on the future of the Hong Kong race are dependent on FE reaching an agreement with the city authorities, and it has been suggested the two sides are working together to find a suitable outcome – including the proposed track extension.

“We would love to stay in Hong Kong,” Agag told Motorsport.com. “We have meetings with the Hong Kong authorities and so on after the [race] weekend.

“We are in discussions so it’s not confirmed that we stay in Hong Kong, but our wish is to stay.

“[It’s] clearly is one of the highlights [of the FE calendar], but you know there are so many cities around the world now that want a race and we’re negotiating with some of them.

“It’s not so easy to stay on the calendar but we hope we can get to a point with the Hong Kong authorities that we can continue.

“They are very constructive, we are absolutely on the idea of staying but let’s see if we can reach an agreement.”

Just two weeks after Hong Kong, FE will return to mainland China – as opposed to a Special Administrative Region – in Sanya, the capital of Hainan Island.

Agag described the race as “an Asian Punta del Este” and said “everything is completely in order” when asked about the build-up to the inaugural event.

“Where there is a first time race, you have civil works to do and so on,” Agag added. “Some things go on schedule, some things go later or whatever, but we always play with big buffers.”

FE announced last year that it intends to host a race in Seoul during season six, and Agag explained that final plans for the race are now “pretty much done”.

“We are defining an exact location now in discussions with the authorities,” he said.

“We have a promoter there that is very keen and is taking over all the organisation of the race and thinks it’s going really well. Alberto [Longo, FE deputy CEO] is going over next week to finalise things.”