Mahindra Racing chief Dilbagh Gill says there is a “very realistic” chance of India hosting a Formula E race in the all-electric series’ seventh season, which will run from 2020-21.

Mahindra has been very keen on bringing Formula E to India and held a showrun at the Buddh International Circuit in 2016 to accelerate talks with the authorities.

However, an Indian E-Prix is yet to come to fruition, and doubts remain over whether it is possible to host a motor race of such a scale in India following Formula 1’s early exit from the country.

Formula E boss Alejandro Agag’s recently expressed his concern over the “aggressive” nature of India’s tax authorities and ruled out a race in the country unless he is assured his series will not be taxed in the same way as F1 was between 2011-13.

“Our main worry for India is the tax,” Agag told PTI. “We have been doing a lot of research on the race in India. We have seen that Formula 1 faced so many tax issues in India. It is very risky to race in India because of the tax authorities.

"They [tax authorities] are very aggressive at the moment. They want to tax everything. So you don't know where you stand. I think that is the reason Formula 1 did not continue in India. We would like to have complete tax safety and then look at going to India.” 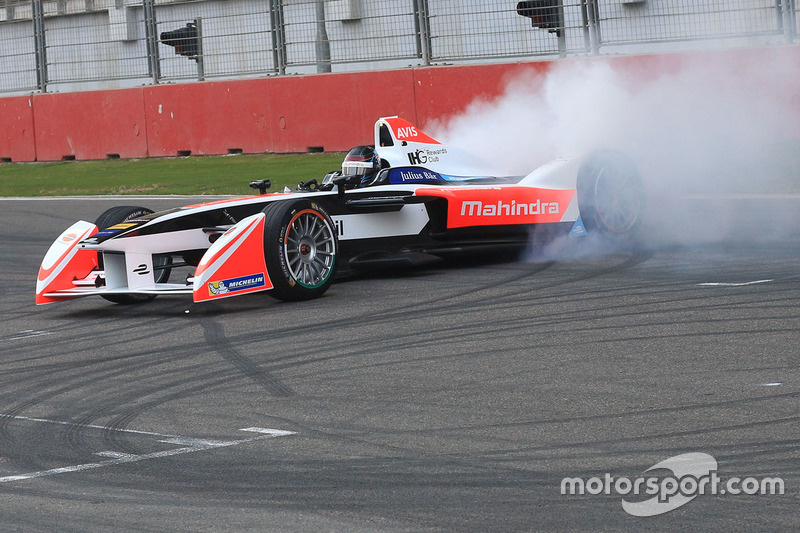 Gill, however, feels Agag’s comments wrongly gave the impression that Formula E was not interested in India any longer.

Instead, he says India remains very much on the radar of the series and the teams involved, and suggested that an Indian E-Prix could be on the cards in the next two-three years.

“I think Alejandro was grossly misquoted on that particular thing,” Gill told Motorsport.com. “He wrote me a message soon after that explaining that I was misquoted.

“We are very keen to have a race in India. Not we as Mahindra, but the whole championship. Because all the manufacturers have presence in India, India is a growing market for them. But at the same time we also have to look at technicalities of racing.

“Of course we have to find a local government [that supports the event]. We haven’t got that and then which city we can host a race.

“India has thing unique thing that depending upon month we can choose city and we cannot. For example if we are looking at the calendar and want to have a race between November and Feb-March, we can’t use Delhi.

“Then if you got June-July, you can’t do Mumbai - you got monsoon. So I think which part of the year will depend as well.”

He added: “I think for season 7 we have a very realistic chance.”