Mercedes Formula E team principal Ian James was pleased that the squad could "play a part" in the German manufacturer's 128-year motorsport history, as it bows out from the championship.

The team joined Formula E as a full manufacturer entity in the 2019-20 season, after kicking off the Gen2 era under the HWA proxy entry that used a customer set of Venturi powertrains.

Under the Mercedes banner it placed third overall in the standings in its first year, with newly-crowned champion Stoffel Vandoorne taking its first win at the Berlin finale.

It followed that up with the teams' title in 2020-21 as Nyck de Vries won the drivers' trophy, and another brace of championships were forthcoming this season with Vandoorne deposing his teammate at the top of the pile.

James said that the team's achievements have been beyond its "wildest dreams", and that nobody at Mercedes entirely knew how its journey in Formula E would play out.

"Firstly, a huge congratulations to Stoffel - the consistency the performance all year was just mega. But also Nyck played his role massively in ensuring that we could secure the team's championship this year," said James.

"I remember four years ago, when the board of Mercedes-Benz together with Toto [Wolff] took the decision to come into this series, we didn't really know how that was going to play out, but we knew we would give it one hell of a shot.

"But at the same time, we knew just how competitive it is. To be sitting here now, having had the success that we've achieved is I think beyond our wildest dreams." 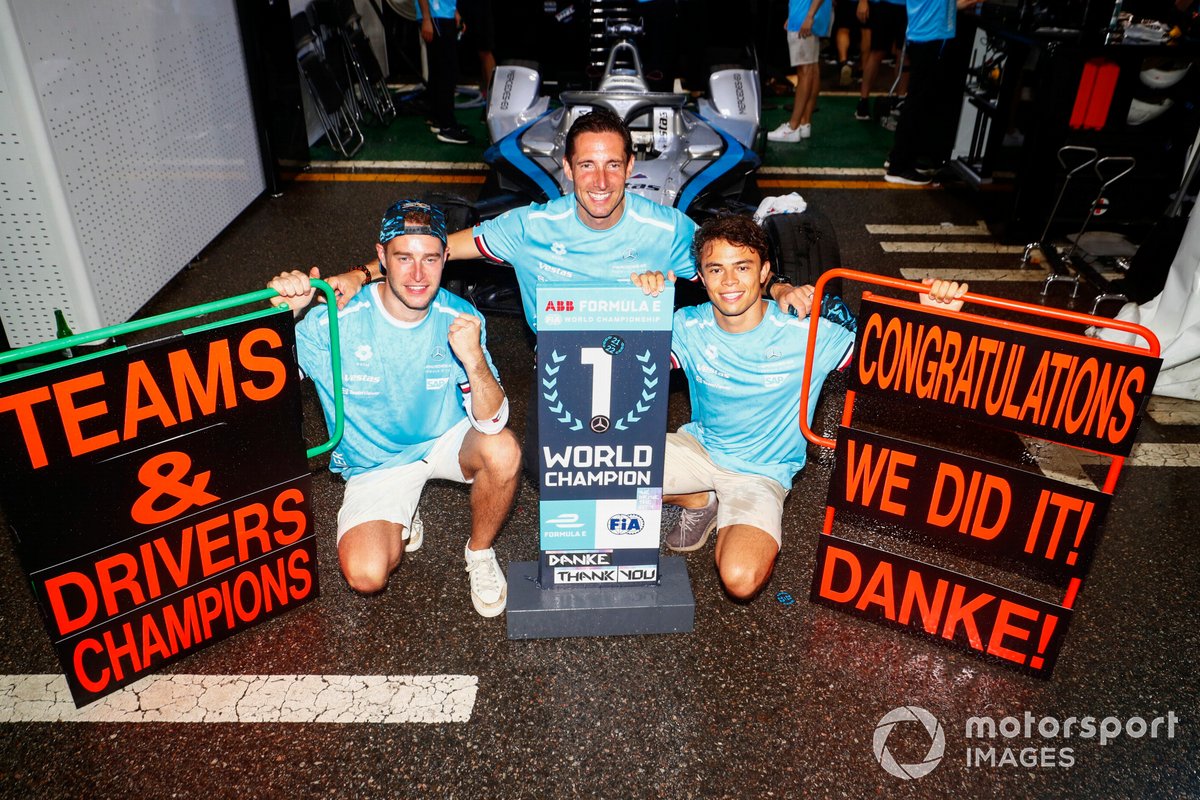 Next year, Mercedes will transition into McLaren as the British outfit has purchased the team - with backing from Saudi Arabia's Public Investment Fund through its Neom smart-city programme.

James says that the core of the team, other than the Mercedes involvement and drivers, will remain on board - but was keen to point out that before it takes on a new name, the squad had contributed to Mercedes' motorsport history.

"Yeah, the team pretty much stays intact. And that's what we were looking for, the stability and that consistency to carry on the momentum that we've built up.

"But today's about Mercedes EQ, it's about the journey we've come on, it's about adding to that rich heritage that goes back over 125 years.

"I'm just super proud on behalf of the team that we've been able to play our part in it. That's where our focus is going to be for a little while yet."

Mortara surprised at "ease" of building lead in Seoul E-Prix

Sergio Sette Camara will move to the NIO 333 squad for the 2022-23 Formula E season, departing the Dragon Penske squad after two-and-a-half years at the team.