Jose Maria Lopez says it is “just a matter of time” before his deal to continue racing with the Dragon Formula E team is confirmed for the 2018/19 championship. 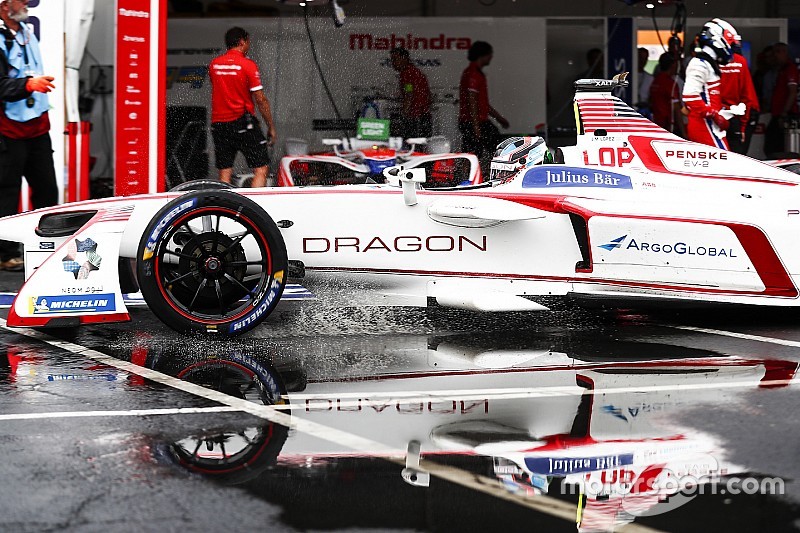 Lopez made his debut with the Virgin Racing squad for FE’s third season in 2016/17 before being dropped by the British team at the end of that campaign.

He was initially left without a season four drive before being picked up by Dragon ahead of the Marrakech round and he went on to finish 17th in the standings with a best finish of sixth, which came in his first race for the team.

When asked if he would be returning to Dragon for season five, Lopez told Motorsport.com: “That’s the idea from me and from the team.

“We just need to come together and I think it’s just a matter of time to confirm our relationship together.

“It’s been a learning year for us – we made big progress and we showed at the end of the year that we have the pace to fight for important positions.

“Next year is a completely different thing – new car – but everything starts from zero, so we maybe have a very good chance as well to start fresh and try to be competitive.”

If Lopez remains with Dragon for season five, he could be joined by a new teammate, as Jerome d’Ambrosio’s place at the American squad for a fifth consecutive season is reportedly not secure.

Dragon has been using test and reserve driver Maximilian Gunther, who races in Formula 2 for Arden, for some of its private testing with its Gen2 package ahead of season five.

Dragon is not the only team that may have a changed line-up for the 2018/19 season, which gets underway in Riyadh on 15 December.

Nissan has yet to announce which drivers it will run now it has taken over the e.dams entry – although Sebastien Buemi is understood to have contract from the team’s previous Renault iteration – as is Andretti, Mahindra Racing and HWA.

Luca Fillippi recently said he expects “to keep doing” FE with NIO, while Venturi is yet to confirm who will partner Felipe Massa for his debut season.

Virgin, which ran Sam Bird and Lopez’s replacement Alex Lynn in season four, is on the verge of announcing it will use an Audi powertrain in the 2018/19 championship and the team is set to confirm its driver line-up at an event in early October.

Jaguar will continue to field Mitch Evans and Nelson Piquet Jr, with Jean-Eric Vergne and Andre Lotterer understood to be remaining at Techeetah, while Audi has already confirmed it will maintain its line-up of Lucas di Grassi and Daniel Abt going into season five.

Winning Toyota drivers expected to be third at Spa