Andre Lotterer disagreed with the Formula E stewards' decision to hand him a five-second penalty after an incident between him and Nyck de Vries at the Jakarta E-Prix.

The stewards gave Lotterer a penalty for causing a collision with de Vries at Turn 8, which bumped the Porsche driver down from his ninth-place finish and out of the points - thus promoting Sam Bird to ninth and Sebastien Buemi into 10th.

The German driver contended that there was an earlier incident between the two at Turn 1, explaining that de Vries squeezed him on the exit of the corner which resulted in contact.

This incident gave de Vries a puncture, which Lotterer says contributed to the later skirmish at Turn 8.

"He made a move in Turn 1 and he didn't turn in, so I don't know, he just kept coming on and I think he touched me," Lotterer recalled.

"Then apparently he got a puncture and so he was quite slow in Turn 8, which I didn't expect at normal speed and then we touched - but then he was already with a damaged car.

"I don't think the stewards knew this at that moment, and they thought I pushed him off in Turn 8 but I don't think it was really the case. So unfortunately I'm out of the points because of that." 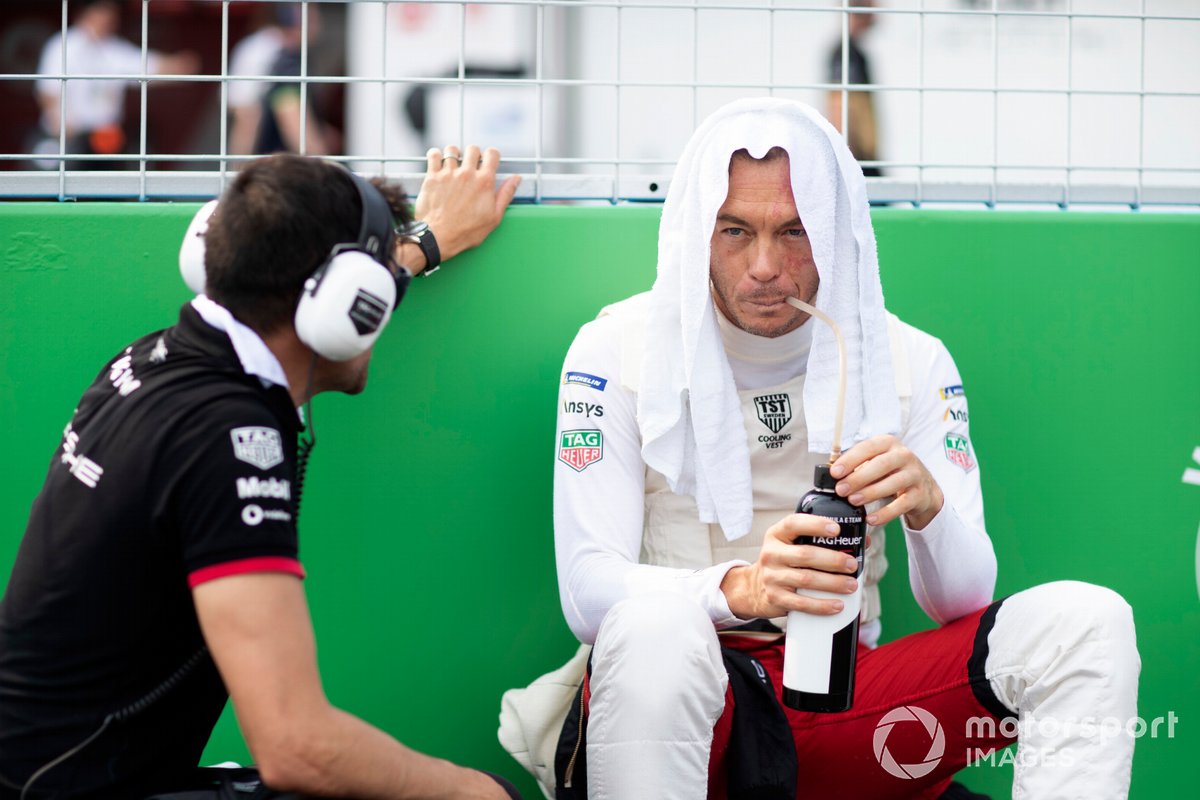 Andre Lotterer, Porsche, on the grid

De Vries admitted that he was upset that his race came to an early end, but was keen not to put the blame for the incident at Lotterer's door.

"Those things happen, that's racing. I don't really want to blame him or anything.

"You race and guess I came past and he turned in a little bit early, and then that cut my left rear. So that resulted in a puncture.

"But I'm more upset about the hit from di Grassi, which wasn't shown on TV, into Turn 16.

"Because the hit, it was literally just from the back, and that resulted in a loss of three positions.

"I think if that didn't happen, then obviously, the moment with Andre also never happened. So yeah, that was unfortunate.

"But again, that's racing. It happens a lot and no hard feelings."

Lotterer's streak of being the only driver left to make every duels qualifying phase post-Berlin also came to an end, having been beaten to the top four by Buemi by just three thousandths of a second.

NIO 333 has set its aims on becoming a top-three Formula E team by the 2025-26 season, and is "quietly confident" of its Gen3 package for the upcoming season.