Andre Lotterer says the limited scope of development in Formula E means it won’t be as straightforward for Porsche to replicate the success it achieved in its sophomore campaign in the FIA World Endurance Championship. 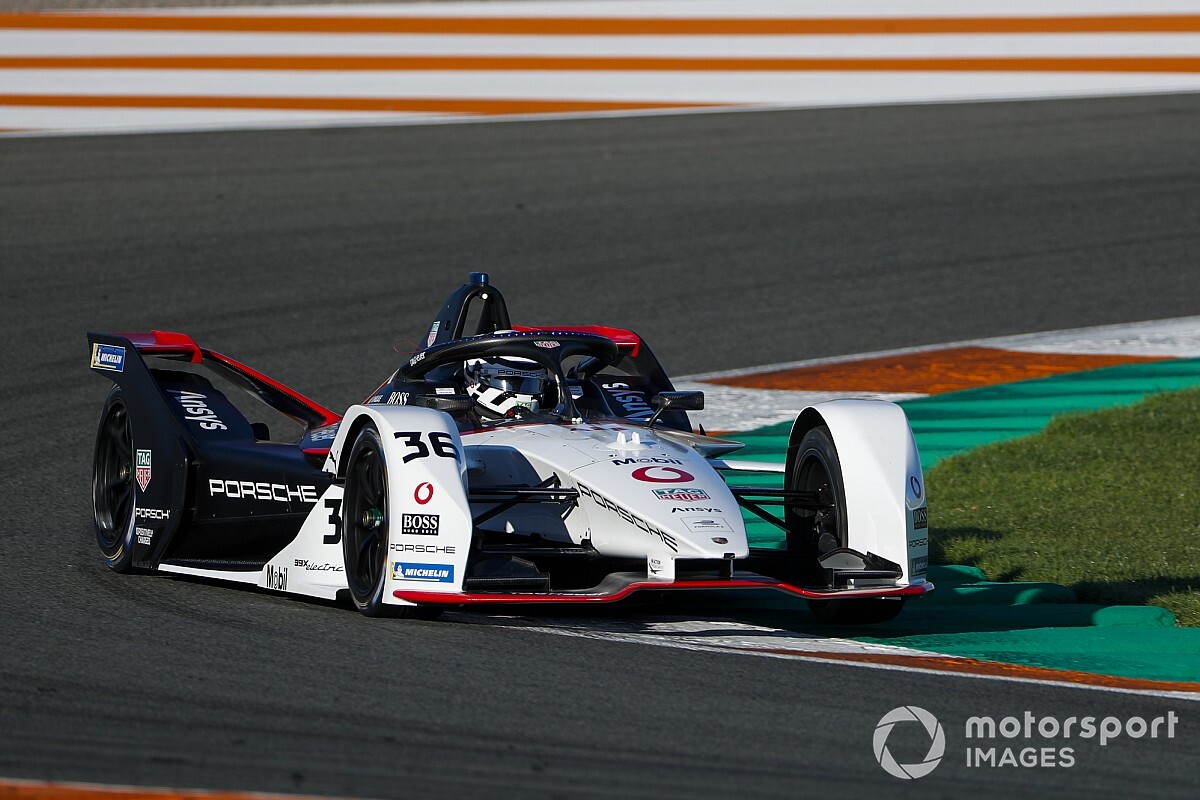 Porsche won both the Le Mans 24 Hours and the LMP1 title in its second year of competition with the 919 Hybrid in 2015, and would remain unbeaten on both fronts until it pulled out of the category two years later.

Expectations are high for Porsche in 2021 after Lotterer scored two podiums in its rookie FE season last year, and its prospects for this season have been boosted further by the addition of former Mahindra Racing star Pascal Wehrlein.

But Lotterer feels it won’t be so easy for Porsche to ascend the pecking order in 2021, citing the similarities in powertrain hardware across the pack.

He says the LMP1 regulations by contrast left the room open for differentiation, with Porsche employing a lithium-ion battery, Audi a flywheel storage system and Toyota a supercapacitor design during the early years of their three-way manufacturer rivalry.

“Formula E is a different story [to WEC] because there is much less difference in the hardware,” Lotterer told Motorsport.com. “In the WEC, the different manufacturers had different concepts and this had quite a big influence on the performance.

“Here, it’s just small differences [that matter] on the powertrain and the inverter, the software and car set-up. The less opportunity you have to make the difference with hardware, the more you have to go into details, and the more the details matter.

“That’s where Formula E is so challenging, because every team is pushing so far into the details. And even though the gains are marginal, they can give you the edge.

“If we can tick off all the details that we have to catch up with against the other teams, then we can focus on really making them better than the others. So we’ll have to see where we are."

Lotterer has completed three full seasons in Formula E - the first two with Techeetah prior to his move to the new-found Porsche FE team - but is yet to register his first win in the series.

The German driver led the majority of the 2019 Hong Kong E-Prix but suffered a puncture on the penultimate lap after being hit by the Envision Virgin car of Sam Bird.

This means he hasn’t scored a victory in any pro racing category since his first-place finish in the second round of the 2017 Super Formula season at Okayama.

While eager to break his duck in 2021 after having racked up no fewer than five second-place finishes and two poles, Lotterer says he feels that a lack of FE victories so far doesn't reflect negatively on his performance level in the all-electric series.

“I always look at my own performance and there have been some really good ones, even though they weren’t wins," he said.

“I picked a challenging route as well by coming into a new team [and leaving DS Techeetah], and it takes a bit of patience in the first year. And I still had a couple of chances to score a win. It should have happened in Hong Kong [in 2019].

“I think what we achieved last year was pretty good, so we just need to go one step better this year.”

Mahindra bullish for 2021 with "one of its biggest" upgrades