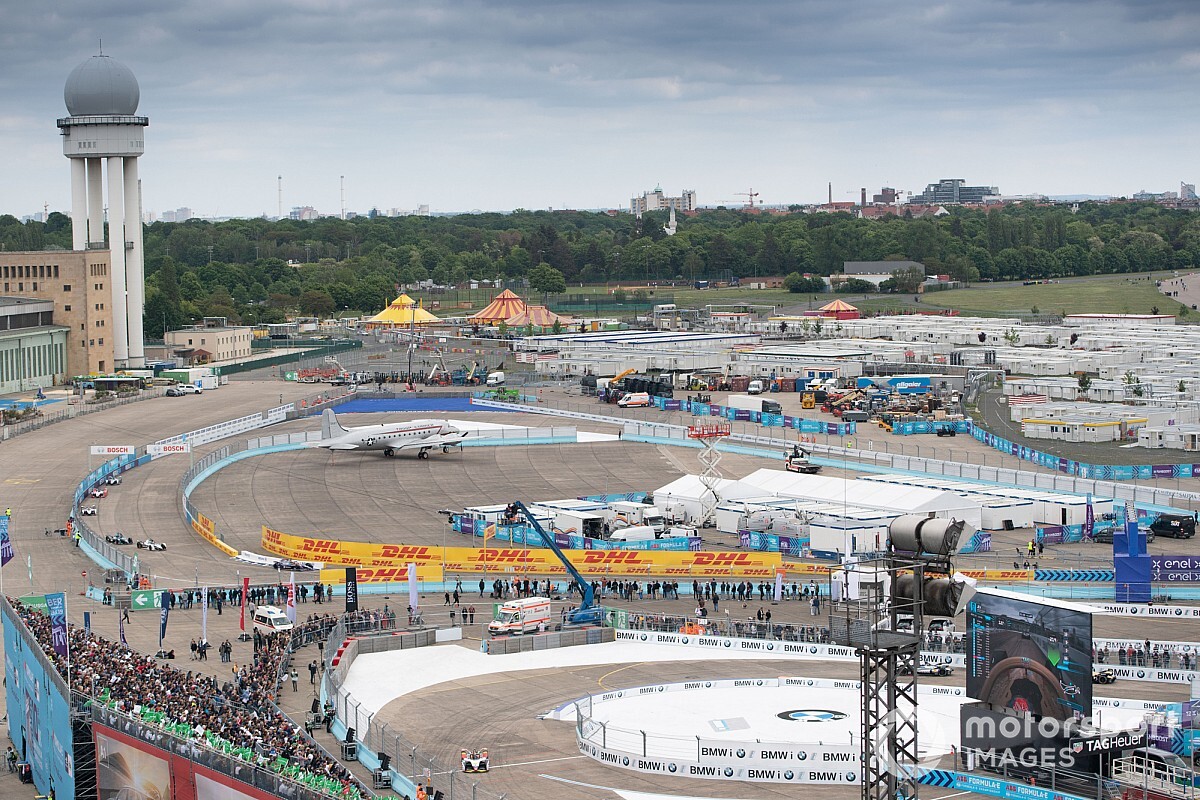 New Mahindra recruit Alex Lynn has dismissed suggestions that a team could dominate the remaining six races of the 2019/20 Formula E season in Berlin.

Due to the disruptions caused by the coronavirus pandemic, Formula E has decided to conclude its season with three triple headers at Berlin's Tempelhof Circuit, each using a different layout.

The first round will take place at the traditional layout that has been used for the Berlin E-Prix in the last three years, while the next pair of races will be run on the reverse configuration of the track.

For the final two season-concluding races, Formula E will run on an extended 2.55km course based on the original layout, but with several new technical corners added in the second sector.

Asked if there is a risk that a team could dominate all six races at Berlin given they all take place at the same location, Lynn, who has replaced Pascal Wehrlein at Mahindra for the final part of the season, said: "I don't think we'll see [that].

"Due to the nature of Formula E it's very unlikely to see one manufacturer dominating all three rounds.

"All circuits, we did the analysis, this morning as a team, [we] went through it all together. All three layouts offer such difficulties and challenges for each car.

"So from that side I hope we are gonna see...in terms of nature of Formula E  [there] will always be an interesting race."

Jerome d'Ambrosio echoed the views of his Mahindra teammate Alex Lynn, but insisted that a common trend could emerge if a car suits the abrasive and bumpy nature of the concrete tarmac in Berlin.

"The slight difference is that there is similar tarmac and it's a very particular tarmac here in Berlin," d'Ambrosio explained.

"So although the layouts are quite different, if you've got a good car, good car balance, with the tarmac, one might get an advantage.

"In New York you get race 1 and race 2 and you get different races. Same in Saudi. It's the nature of Formula E.

"The parameters between tracks will change quite dramatically between the tracks but also day 1 and day 2 in terms of level of grip."

D'Ambrosio believes the long Turn-1 and Turn 6 left-handers could prove challenging for the drivers when the track layout is reversed for the second pair of races on August 8-9.

"The reverse track is like another track, it's completely different," d'Ambrosio said. "So it's something else that you need to learn.

"Being in Formula E now for six years and often going to completely new tracks, you are getting used to it pretty quickly, you've got the sim to prepare. After a few laps you are in the rhythm.

"Perhaps Turn 1 and Turn 5 (without counting the kink) might be a bit more tricky in the reverse layout. On the normal layout they just open up on the exit and they are very wide on the entry.

"In the reverse layout you basically keep on turning, quite late apex and it's quite interesting because it's very blind.

"In the design it doesn't look like a corner that is really designed to go that way and that makes it a bit of an extra challenge for us as the apex is quite late and in a blind spot. So these two corners will be challenging but for the rest it's just another track."