Mahindra "bittersweet" after sixth in Zurich 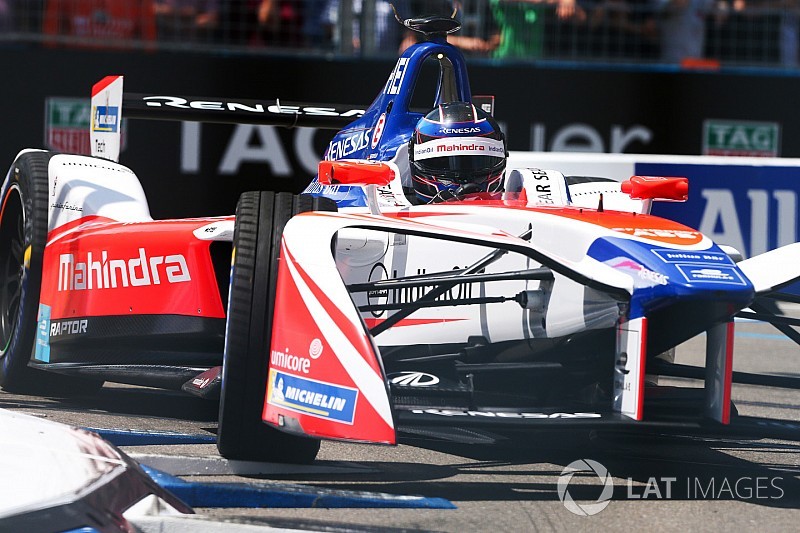 Mahindra Racing was left in a “bittersweet” state after the inaugural Formula E race in Switzerland, where its leading driver finished sixth.

Felix Rosenqvist topped the second practice for the Zurich ePrix, the first race in Switzerland in 64 years, but was disadvantaged by being put in the first qualifying group and could only line up 10th on the grid.

He was running firmly in the points when Jean-Eric Vergne dived down the inside at turn 1 on lap 17, their clash sending the Swede into the wall.

Rosenqvist managed to return to the pit and hop into the second car, but the time lost in limping back to the garage - and the ill-timed VSC deployed to clear debris from track - left him down in 15th position.

“I think it was a good weekend to start with,” he said. “The car was very good and felt very balanced and we’ve made a great step forward. As we saw in practice, we got the quickest lap.

"Being in group one in qualifying, however, cost us dearly today as the track improved quite a lot later on.

"We still managed to get a decent starting position but then the incident with JEV (Jean-Eric Vergne) effectively ruined our race.

“I didn’t feel like he accepted me letting him past and suddenly I had to take evasive action. I ended up in the barriers while he carried on unscathed, which I think was a bit unfair.”

While Rosenqvist slipped out of contention, Heidfeld drove an excellent race from 12th on the grid, profiting from penalties handed to rival drivers to finish sixth.

It was his best result of season since the opening round in Hong Kong, where he finished on the podium.

“Sixth position at my home race is not a bad result, but I would have loved to get a podium here. It was an exciting race, especially the start which was a bit crazy,” he said.

“I managed to keep the car in one piece. I struggled a bit with the first car but things got better as we went along. We profited from the penalties and scored some good points.”

Team principal Dilbagh Gill added: While one cannot find fault with Zurich, and it is an amazing location, I go away with slightly bittersweet memories from what I consider to be my second home.

“We could have had a strong points finish today, but we’re looking forward to coming back here next year.”

Mahindra Racing remains in fourth place in the championship heading to July’s New York double header, which will bring the 2017/18 Formula E season to a close.

Prost to leave e.dams FE squad ahead of Nissan switch