Mahindra: No reason why we can't replicate Berlin dominance 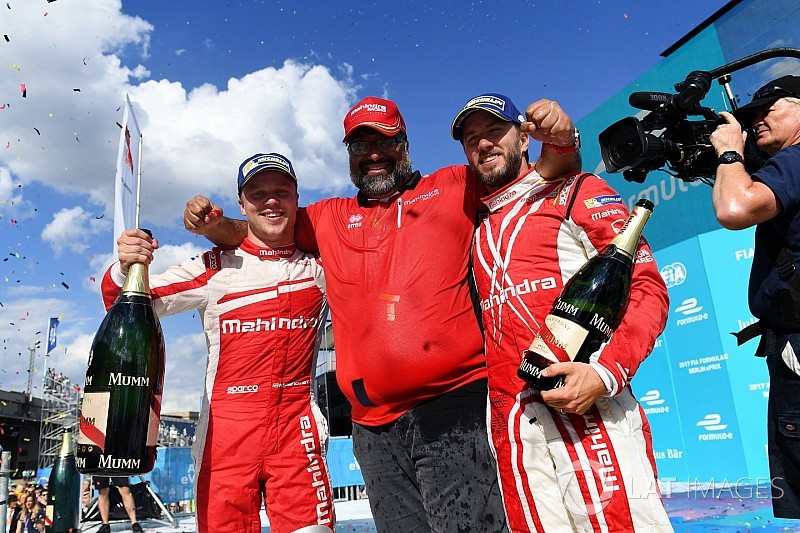 Mahindra Racing can replicate last year’s Berlin success and get its Formula E campaign back on track, according to the Indian team’s chief engineer Vinit Patel.

Mahindra was a class apart in the Berlin double header last season, with Felix Rosenqvist winning the opening race and Nick Heidfeld also finishing on the podium.

Rosenqvist was equally dominant in Race 2, but a pitstop penalty prevented the Mahindra driver from taking a double win.

Drawing inspiration from last year’s authoritative showing in the German capital, Patel sees no reason why Mahindra can’t bag another win - its first since January’s Marrakesh round.

“Berlin for me the single focus is to repeat the job of last year,” Patel said on Mahindra’s YouTube channel. “We went there in a rich vein of form and we had consistent form and we pretty much blew the opposition again. So there’s no reason we can't do that again.

“There is a small rumour that the track is changing slightly and the fia won't release that for another two weeks.

“But I think we can be confident that of taking the fight back to the front as we were in Mexico and as we were in the beginning of the season.

“So I think we’ll be back towards the podium. We just need to get both the cars to finish high in the points. I hope that the fortune goes our way.”

Mahindra was unusually off the pace at the last race in Paris, with Rosenqvist and Heidfeld wounding up in eighth and 11th positions respectively after a difficult race.

Patel believes Mahindra’s dismal performance in France was down to not having a clean practice, meaning the drivers didn’t have the confidence to push the car in qualifying and start higher up the grid.

“This track is difficult and notorious for the bump,” he said. “There was a lot of red flag from experienced drivers. It's a combination of the fact that Formula E is really about confidence.

“You got to start practice well you got to carry it to qualifying and do well. We started a little bit on the backfoot with Felix having a small incident in FP1 but that does obviously knocks the confidence in the driver.

“The car balance wasn’t the best by our own admission. We need to do our homework and figure out why it was not confidence-inspiring as some of our competitors.

“So we needed to qualify better around this very tight and difficult to overtake circuit than we did to have a chance of getting a better result.”

Why Formula E is racing in Saudi Arabia