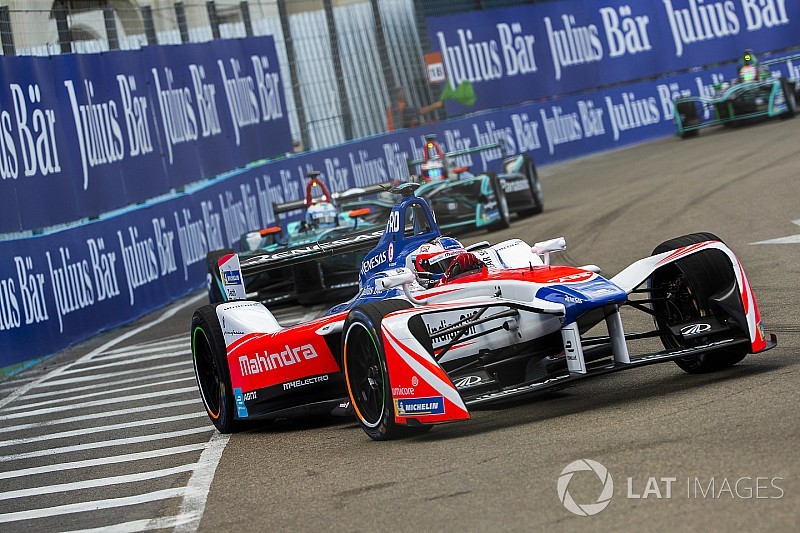 Rosenqvist, who has won two races so far in the 2017/18 season, could qualify only 14th in Uruguay after brushing the wall twice during his 200 kW lap.

He was promoted to 12th on the grid after several post-qualifying penalties were handed, but slipped down to 15th on the opening lap as he tried to steer clear of trouble.

From there on, the Swede steadily made his way through the pack, entering the top-10 in no time. He then gained a position over NIO’s Oliver Turvey in the pits and continued his recovery drive despite technical issues, passing the DS Virgin car of Alex Lynn on the penultimate lap to take fifth.

With this result, the 26-year-old retains second in the drivers’ standings, but has slipped 30 points behind former Formula 1 driver Jean-Eric Vergne, who won the race from pole position.

“It was a tough, but fun race,” he said. “Average start, I kept myself out of trouble. From initially not being too quick, we improved across the race and got really fast.

“Great pitstop, second stint was really good, Mitch [Evans] was behind me and we were really quick though the field.

“My lap beacon fell off, so I didn’t know how much energy to save or use during a lap so my lap indications were wrong and I was a bit lost.

“We did manage to recover in the end because we had a lot more energy. It was a potential podium, and we finished P5; but I’m still confident of the strong and quick car that we have.”

There was disappointment on the other side of the Mahindra garage with Nick Heidfeld retiring on the second lap with loss of power.

The German driver had crashed in qualifying and lined up 17th on the grid, but had the potential to charge his way up the pack in the same fashion as Rosenqvist.

With three back-to-back DNFs, Heidfeld has slipped to a disappointing 11th in the standings, tied with reigning champion Lucas di Grassi.

Mahindra, too, has lost ground to championship leaders Techeetah, which has managed to build a 27-point buffer up front.

The Chinese team, which uses a Renault powertrain, has 127 points on board compared to 100 for Mahindra.

DS Virgin has closed within seven points off the Indian manufacturer after Sam Bird finished on the podium and Alex Lynn came in sixth.

“I’m quite pleased that we’re second in the Drivers’ and Teams’ championships halfway through the season,” Gill said.

“We’ve got a strong and race-winning car, we’ve had a consistent 3 and a half months, and this bodes well for us in the second half of season 4.”