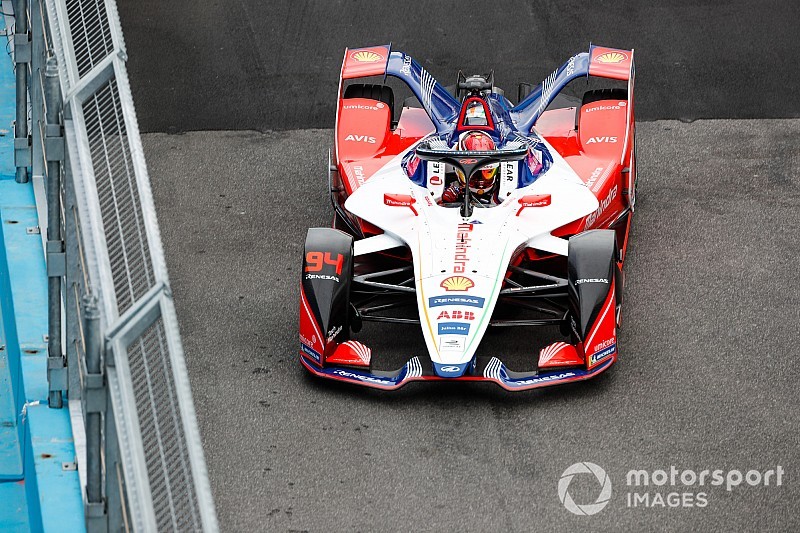 Pascal Wehrlein suspects his Mahindra Racing team is struggling in cold conditions after the Rome E-Prix made it three "not so great" ABB FIA Formula E races.

Wehrlein made an immediate impact in FE by being in contention to win in both Mexico and Chile, before disappointing pace in Hong Kong before a coming together between teammate Jerome d'Ambrosio and Dragon Racing's Felipe Nasr.

Ahead of the Rome E-Prix, Mahindra conducted testing to get on top of its recent poor form after Wehrlein suggested Mahindra should revert to an older specification.

But after finishing a low-key 10th in Rome, Wehrlein told Motorsport.com that he believes the Mahindra M5 Electro is affected by cooler weather.

He said: "It helped [going back to an older set-up], I said in the race that the pace was a lot better than in qualifying but somehow the balance was quite different in the race.

"It seems we struggle a bit more with colder conditions. Hong Kong was cold, here [in Rome] was cold. Mexico and Chile were really hot.

"[It's] low grip and you’re trying to change things but you always hope for big steps and, in the end, if you miss the grip you can change whatever you like on the car and it won’t improve."

The former Formula 1 driver explained he now felt more comfortable in the car with the older specification now applied.

"We thought about a few things [after Sanya] and yes, we went back on some things," said Wehrlein ahead of the Rome E-Prix. "I think I wasn’t 100% happy in the car [pre-Rome].

"We changed quite a few things coming to Hong Kong and Sanya and I think we tried it.

"Then it’s always weird because you don’t have the right feeling and how to expect it [to behave].