Massa recently signed a three-year deal to race for the Monaco-based Venturi team and his test took place at the Ales-Cevennes circuit in the south of France.

The former Sauber, Ferrari and Williams F1 racer had previously tested the Jaguar team's generation one FE car as part of his long-desired plans to move to the series.

FE CEO and founder Alejandro Agag described Massa's deal with Venturi as "great" for the championship.

"Things don't happen overnight," he told Motorsport.com. "Everything – with [FE investor] Nico Rosberg, Felipe – is a result of a lot of work and preparation.

"We have been talking to Felipe for three years and I think he's a great driver and a great guy – a personal friend.

"We pushed a lot for Felipe to come but at the end of the day it's the teams who make the decisions – I cannot impose a driver on the teams.

"I can just hope that they will do it. Luckily Felipe did a deal with Gildo [Pastor, Venturi president] – and I think it's great."

It is not yet known who will partner Massa at Venturi for the 2018/19 season.

Its current full-time drivers – Maro Engel and Edoardo Mortara – have links to the HWA squad that will join the FE grid as a customer of Venturi, using exactly the same powertrain as the manufacturer, for next season.

Venturi's early development running with its VFE 05 Gen2 car, which took place at the two FE manufacturer group test sessions earlier this year at the Monteblanco and Calafat tracks, was split between development drivers Michael Benyahia and Tom Dillmann.

Dillmann replaced Mortara for the recent FE round in Berlin while he was racing for Mercedes in the DTM at the Lausitzring on the same weekend.

Arthur Leclerc – 2018 French Formula 4 racer and younger brother of current Sauber F1 driver Charles Leclerc - who is a member of Venturi's 'Next Gen' young electric driver programme – was also given some mileage in the VFE 05. 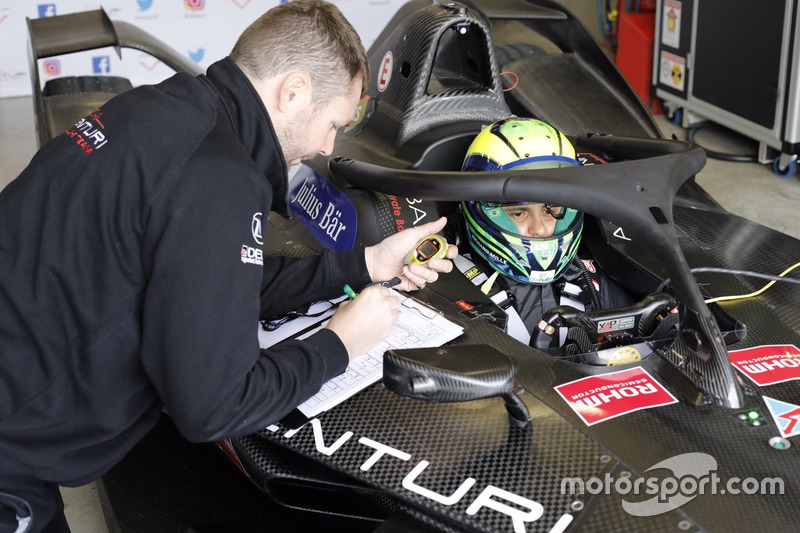 Agag column: Why FE is in a real growth phase