Venturi's Felipe Massa says water leaked into his helmet during ABB FIA Formula E's Paris E-Prix and compromised his race with "a problem I've never had in my career".

The former Williams and Ferrari Formula 1 driver started fourth in Paris and spent the early laps battling DS Techeetah's Andre Lotterer and Audi's Daniel Abt, but Massa fell back when the rain arrived and influenced a chaotic stop-start race.

Massa spun out of podium contention in the greasy conditions and finished in ninth after Oliver Turvey hit the rear of the Venturi and sent the pair off track late on in an attritional race.

Massa told Motorsport.com: "Unfortunately it starts to rain and I had a problem I’ve never had in my career.

"A lot of water decides to go inside my visor so, for whatever reason, I was completely blocked with the visibility. I couldn’t see anything.

"I have to race the whole race in the wet with an open visor, so I was opening, closing, opening [the visor]. I had to go slower than what I could [manage] because of the problem - either mistakes and losing positions because of it - and then at the end [of the problem] I was still in the top six.

"Turvey maybe had a problem, lost his brakes, and he just hit me and pushed me out in corner three, at the end of the straight. I lost many, many positions. I was maybe 12th, a little bit lucky with crashes at the end and was ninth.

"But the biggest problem for me today was the visor. I’ve never had it before. I really need to investigate and check with Schuberth why [it happened]. [It was] a really bad problem."

Asked when the helmet problem first began in the race, Massa said: "Straight away, as soon as the rain got really heavy."

The Paris E-Prix was effectively FE's first wet race after drivers experienced wet running in the session building up to the Hong Kong race, which then took place in changeable conditions.

Asked for his take on driving in an FE wet race in a car that has little downforce and road-spec tyres, Massa said: "It’s tricky. I would say this race showed that racing in the cities is quite difficult.

"You see Formula 1 in Monaco and it’s quite tricky with low grip. Here I think it was one of the lowest grip [races] in Paris. Many, many problems, cars going out, and it's difficult to have the grip.

"It was a very tricky race and, without the visor problem, it could have been good points today." 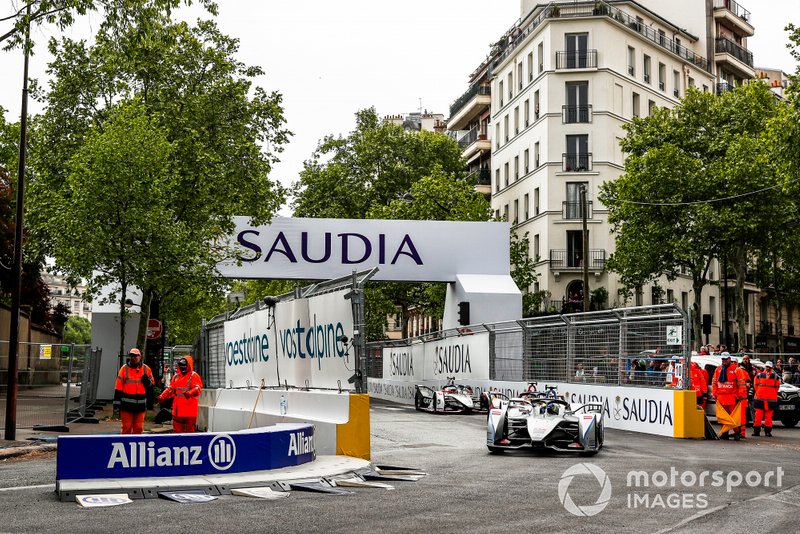