McLaren: No decisions on FE or WEC programmes until early ’22

Zak Brown does not expect McLaren to make a call on a potential entry into either Formula E or the World Endurance Championship until the early months of 2022.

McLaren announced in January that it had signed an option for a future entry in Formula E for the start of the Gen3 rule cycle in 2022-23.

The British marque has also been evaluating a possible return to the 24 Hours of Le Mans by entering the WEC with a programme in the new LMDh class.

These programmes would complement McLaren's existing presence in series outside of Formula 1, including IndyCar and Extreme E, with an entry to the latter being announced back in June.

McLaren Racing CEO Brown gave an update on McLaren's considerations for a move into either Formula E or WEC on Saturday in Abu Dhabi, saying he did not expect a decision before the end of the year.

"Realistically it will probably creep into Q1 of next year, which technically we're comfortable with," said Brown.

"What's been driving our timeline is if we were to enter [is] the technical preparation that would need to be done to be prepared.

"We've done enough work on both series to be comfortable with the timeline moving a bit. 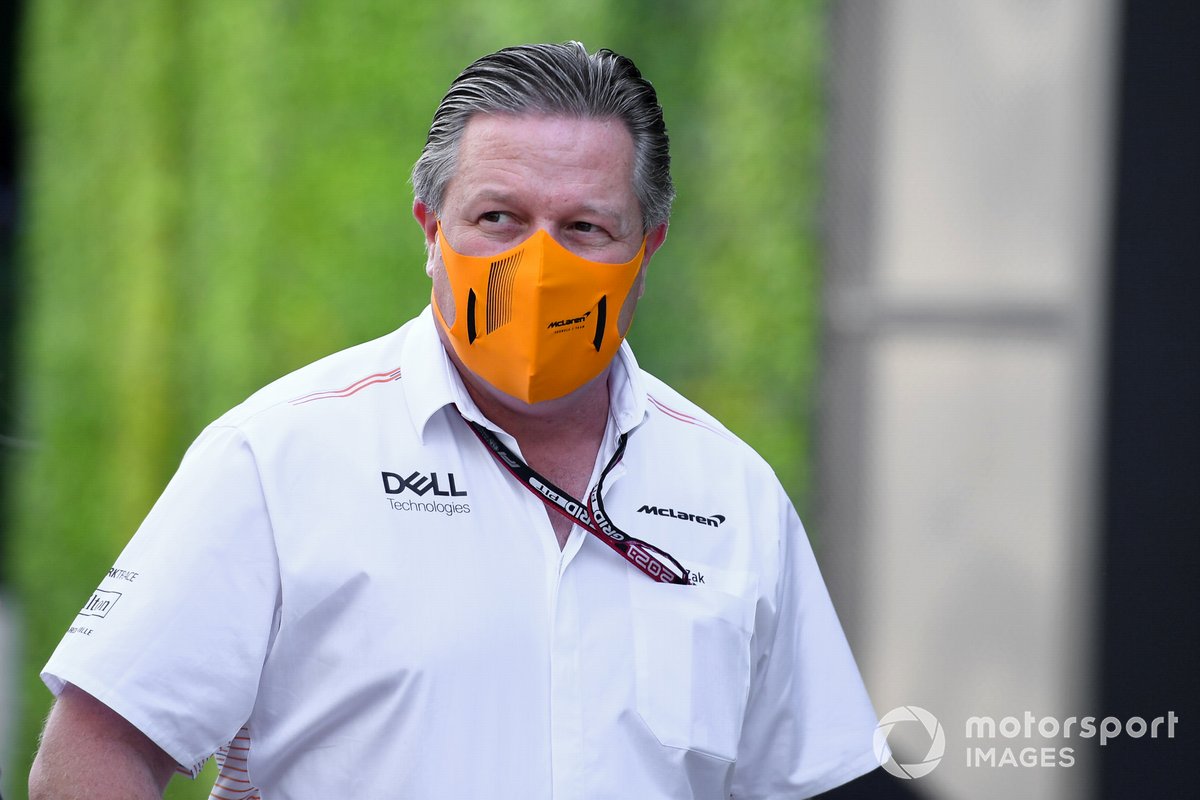 "The reason the timeline is moving is we're just not in a position to make a decision yet. We need to be comfortable where we're at with our IndyCar, Formula 1 and Extreme E teams.

"We've just completed our first couple of days of testing in Extreme E. We're ramping up for a third car [for the] IndyCar series in '23.

"So I think it's going to be early in Q1 before we make any final decisions."

Brown said back in June that McLaren's option on a Formula E entry "goes until the end of the year", with the Gen3 regulations set to come into force after the upcoming season that starts next month.

Brown has also explored the possibility of McLaren making a return to Le Mans and planning a factory sportscar programme for a number of years.

McLaren famously won Le Mans in 1995, and could join a series of manufacturers in the LMDh category, with Brown previously calling the regulations "very appealing".