The four Mercedes-powered Formula E cars will be able to contest the second Diriyah E-Prix night race after being granted permission by the FIA stewards.

The Swiss driver was taken in an ambulance to a local hospital following a car failure that meant he crashed heavily into the TecPro barriers in Saudi Arabia after a practice start.

This was "a result of brake failure" according to a Venturi statement, and meant the FIA withdrew both customer team cars and the works Mercedes from Diriyah E-Prix qualifying.

According to the FIA, "the competitor can not prove to the FIA technical delegate that the car is safe.

"Due to a brake failure at the end of free practice 3, one model of the Mercedes-EQ Silver Arrow 02 was involved in a significant accident.

"The brake system lost the front brake pressure and the pressure sensor was at 0.

"Both brake pedal travel sensors indicated that the brake pedal was fully pushed by the driver.

Mercedes has made an adjustment to the software, which has now been evaluated by the FIA - and the four cars are able to contest the second night race on the Riyadh Street Circuit.

Mercedes team principal James told Motorsport.com: "It is a software issue, I can confirm that now.

"With regard to the fix, we are confident that we can make an adjustment to that software to change the parameter effectively to make sure the cars absolutely safe.

"What we need to do now is make sure the FIA is satisfied with that way forward."

James explained that a backup system should have come into effect when Mortara's car first suffered an issue with the front brakes, however this did not transpire.

He said: "There are two issues at stake here. One is the failure of the front brake system for whatever reason that might be.

"There is a backup system that, should the front system go into a failure mode, then a back-up system takes over. What we saw on Edo's car is that didn't happen.

"We are confident we know why that didn't happen and we know the steps needed to change that."

James also confirmed that this incident was "totally unrelated" to Nyck de Vries' Turn 1 crash in the Mexico City E-Prix last season, which occurred shortly after he had engaged Fanboost.

The cause of that crash was attributed to an individual team software issue and not to a specified component part.

Mortara has since returned to the paddock and has been all given all-clear by the FIA to contest the second Diriyah race. However, his participation is subject to Venturi being able to repair his car in time for the race start at 20:03 local time (17:03 GMT). 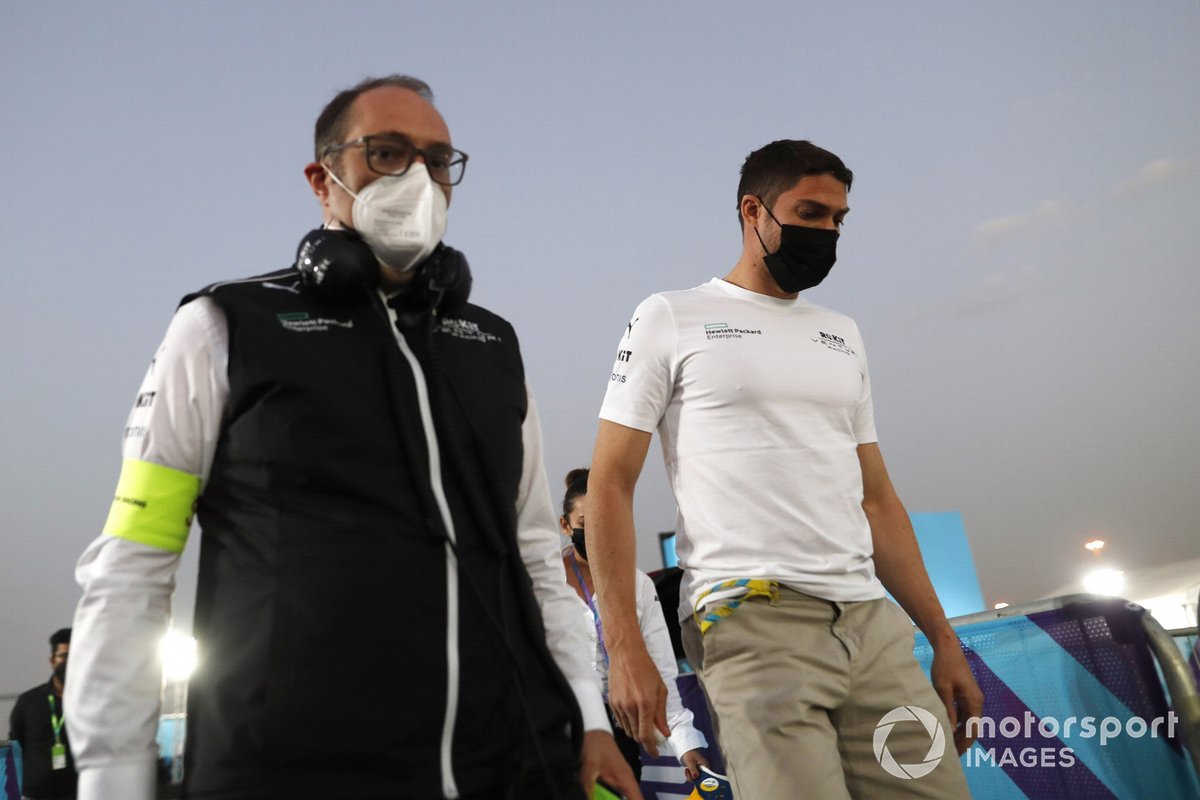 Edoardo Mortara, Venturi Racing, arrives back at the circuit

More from
Matt Kew
Video Inside
Goodwood Festival of Speed

10 things we learned from the 2022 F1 Canadian Grand Prix

Mortara: Formula E gap between Mexico and Rome "like off-season"