The Mexico City Formula E track is set to use more of the Formula 1 layout at the Autodromo Hermanos Rodriguez from next month’s 2020 event onwards, Motorsport.com has learned. 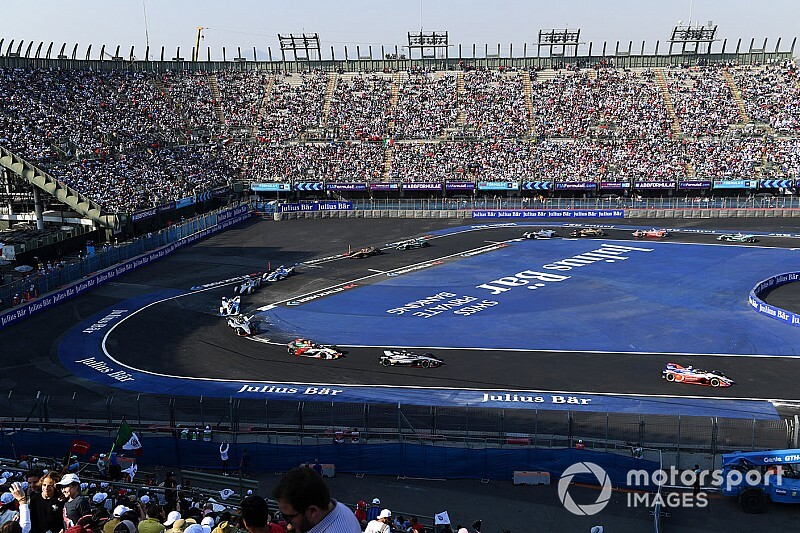 When FE’s 2019-20 calendar was first announced last June, the Mexican event was listed in its February 15 slot as “subject to circuit homologation” from the FIA.

This note was understood to relate to the length of the circuit needing to be increased as FE’s grid size rose from 22 to 24 cars from the start of this season, following Porsche’s entry into the electric championship.

The Hong Kong round that was also set to be included on the 2019-20 calendar was given the same caveat before it was cancelled following the civil unrest that has struck the city in recent months.

Multiple sources have indicated to Motorsport.com that to increase the length of the FE layout in Mexico the circuit will be extended to include more of the grand prix layout.

The first three corners will remain the same – with a 90-degree right taking the FE layout away from the long straight that forms the start of the F1 lap and still leading into a long right forming Turn 2.

But instead of this looping corner feeding into a tight chicane at Turns 3-4, as FE has used since Mexico joined the calendar in the championship’s second season in 2015-16, the track will have a new Turn 3 – a left-hander that will lead into a new sequence that will join the grand prix layout towards the end of the F1 circuit’s flowing second sector.

This is understood to add four-five new corners, with the elongated FE track then running back into the stadium section as it always has done.

The FE layout in the stadium section is unchanged for 2020, but the tight final chicane situated halfway through the famous Peraltada corner – where Nelson Piquet Jr had an enormous airborne accident in 2019 that also involved Jean-Eric Vergne and Alexander Sims – has been removed.

This is in line with the intention from the FIA and FE to eliminate the use of such chicanes following the high-profile accidents that occurred during the 2018-19 season and led to several races being disrupted by lengthy red-flag stoppages.

Motorsport.com understands that the new FE layout has now been fully homologated by the FIA.