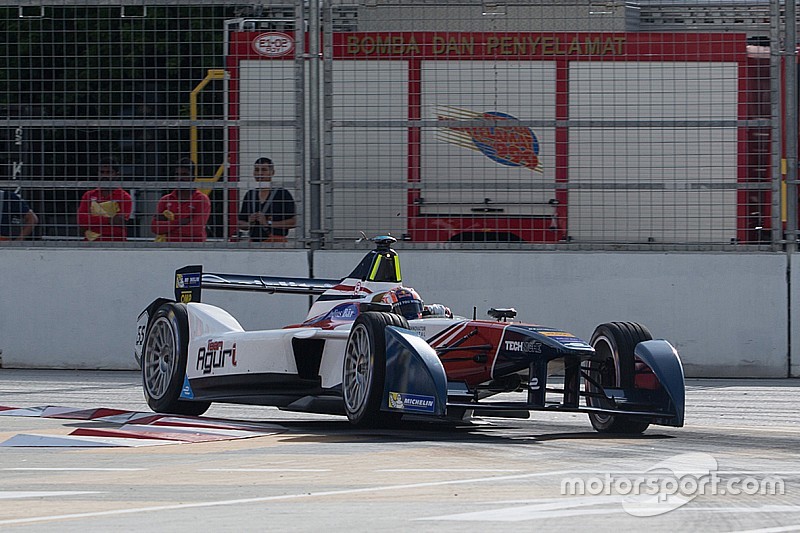 Antonio Felix da Costa says the problem that cost him a chance of a podium finish in last month’s Putrajaya ePrix was “hard to digest”.

The Team Aguri driver was one the stars of the Malaysian Formula E round, qualifying the season one Spark-McLaren in fourth and finishing sixth.

But Felix da Costa had been running second behind eventual winner Lucas di Grassi when he suffered a software problem that caused his car to grind to a halt, albeit he eventually got going again.

“Malaysia was a big surprise for all of us,” Felix da Costa told Motorsport.com.

“We were coming into the race as underdogs, and it would have been awesome to have a podium finish against these teams that have spent a lot more money and have had a lot more testing than us.

“I did a good lap to start P4 on the grid, and a podium was in our sights until we had the software issue. It was very hard to digest, to be honest.”

Felix da Costa added that the first two Formula E rounds have revealed the weaknesses of the season one package relative to the pacesetters.

“It’s clear for us that we have a disadvantage to the teams who have done a good job with their powertrains - not only on power, but mainly on efficiency,” he explained.

“We knew this coming in, so we are just trying to improve what we have and see where it takes us.

“Having looked at Putrajaya race, we need tracks with a low amount of shifting per lap, and not so many big straights. With that, we can be closer to the most competitive teams.”

Asked what would represent a good result for Team Aguri this season, he said: “If at some point we finish on the podium, then that’s better then what anyone ever thought we could do.”

Aguri to pay tribute to Paris victims in Uruguay