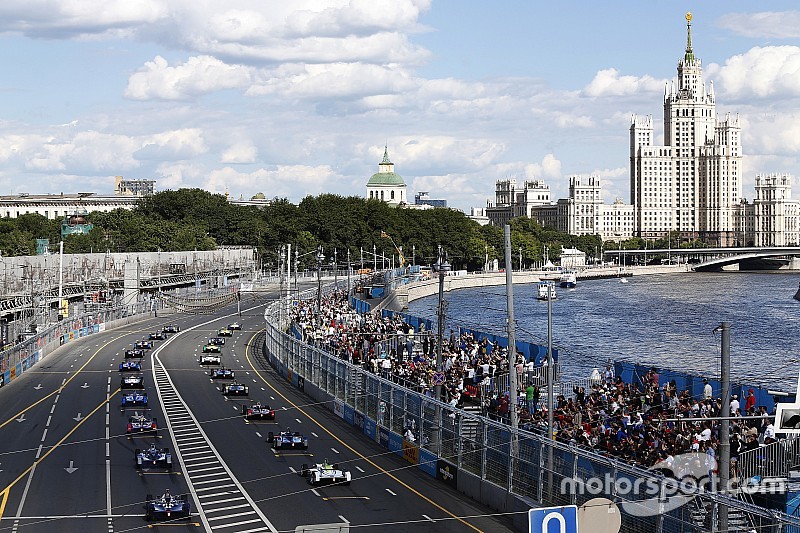 The Moscow ePrix - the planned penultimate event of the 2015/16 FIA Formula E Championship calendar - is set to be officially cancelled this week.

Confirmation of the cancellation could come as soon as Wednesday afternoon.

The news means that there will be only three rounds remaining in the campaign - one in Berlin later this month and then the double-header finale at the London ePrix in Battersea Park at the beginning of July.

The problems that will see the Moscow event cancelled are believed to come from conflict, involving different Russian agencies, around aspects in the promotion and administration of the event.

Formula E is believed to have provided everything needed to host the second Moscow ePrix but recalcitrant organisation and in-fighting in Russia have seen the date scrubbed from the calendar.

Motorsport.com understands that some form of virtual reality event has been considered but it is not clear if this could be a points-scoring round. Formula E has pioneered gaming and virtual reality activations in recent months.

A more conventional replacement is also highly unlikely at such short notice as it would prove exceptionally hard to organise. A rumoured event at Donington Park is believed to be a non-starter.

The cancellation means that the second season of the burgeoning all-electric championship will be held over 10 and not 11 rounds. It means that Lucas di Grassi heads in to the final trio of races with an 11-point advantage, with a total of 90 left to play for.

How the City of Light illuminated Formula E's progress