Nelson Piquet Jr. win the FanBoost vote and finish in eight at Putrajaya 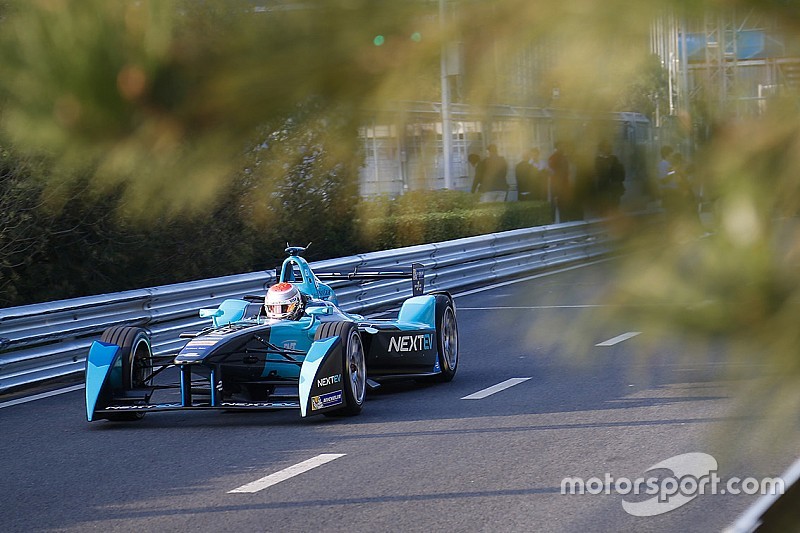 Oliver Turvey unfortunately retired from the race and could not benefit from polling third in the FanBoost.

The action-packed second race of the 2015/16 FIA Formula E Championship took place today on the streets of Putrajaya, Malaysia. NEXTEV TCR Formula E Team’s Nelson Piquet Jr finished in eighth, whilst Oliver Turvey unfortunately retired from the race and could not benefit from polling third in the FanBoost, entitling him him to a boost. Nelson won the FanBoost vote, so received an extra boost of power in the second half of the race.

Nelson was drawn out in the third qualifying group and set the 16th best lap with a time of 1:21.559. Stephane Sarrazin forced an aborted start to the 33-lap race, promoting Nelson to 15th. After an incident at the first corner, he was able to move up to 13th, but fell back to 15th on lap 11. Excellent energy management allowed Nelson to pit last, on lap 20, and he emerged in 13th, gaining two positions in the pits.

We got a bit lucky as a lot of cars broke down and there were a lot of problems ahead of us.

A trio of problems on lap 31 for competitors enabled Nelson to move up into a points-scoring 10th position, and there was more action to come as Nick Heidfeld ran out of energy and Jerome D’Ambrosio crashed into the barriers on the final lap. Nelson crossed the line in eighth position, scoring four championship points.

Oliver was drawn out in the fourth group for qualifying. He set a lap time of 1:21.611 to line up on the ninth row of the grid in 17th. Starting the race from 16th after Sarrazin was pushed into pitlane, he was able to move up to 14th after avoiding a first corner incident. Unfortunately the car suffered a problem which caused him to stop on the hairpin on the following two laps, which put him back to 16th. He then retired from the race on lap five when he made contact with the barrier, a consequence of suffering a throttle problem from the start.

Nelson Piquet Jr (Car #1): “We did a bit of a different strategy and went longer with the first car. We got a bit lucky as a lot of cars broke down and there were a lot of problems ahead of us. I think that's sort of going to be the plan for the whole year. Oliver did it in Beijing and got some points and I did it here. That’s our reality, to try to score points where we can. It’s tough coming off the back of a world championship but we’ll keep going and doing the best possible.”

Oliver Turvey (Car #88): “I had a sticking throttle from the start that meant that when I lifted off the throttle the motor was still driving the car, so it was impossible to drive really. Then the car switched off in the hairpin on the first two laps so I was trying to manage and get round the laps to swap cars as soon as possible. But then I came into turn 5, which is a tight corner, and it just drove me straight forwards into the wall unfortunately.”

Steven Lu, Team Principal, NEXTEV TCR: “We know we have a lot to do but luckily we have scored points in the first two races despite a very difficult start to the season. We will keep working hard to find a solution to the powertrain issues we’ve been having and hopefully we’ll make more progress for the next race.”

Martin Leach, President, NEXTEV: “Nelson showed that superior energy management, which briefly saw him lead the race before the car swap, allowed him to come into contention and then get eighth position in the end. Oliver had an issue from the start with the throttle sticking and that led to him making contact with the wall. We need to look at the data on the car and see what happened there. It’s been another difficult weekend. We have made some progress from Beijing but there’s still a lot of work to do.”