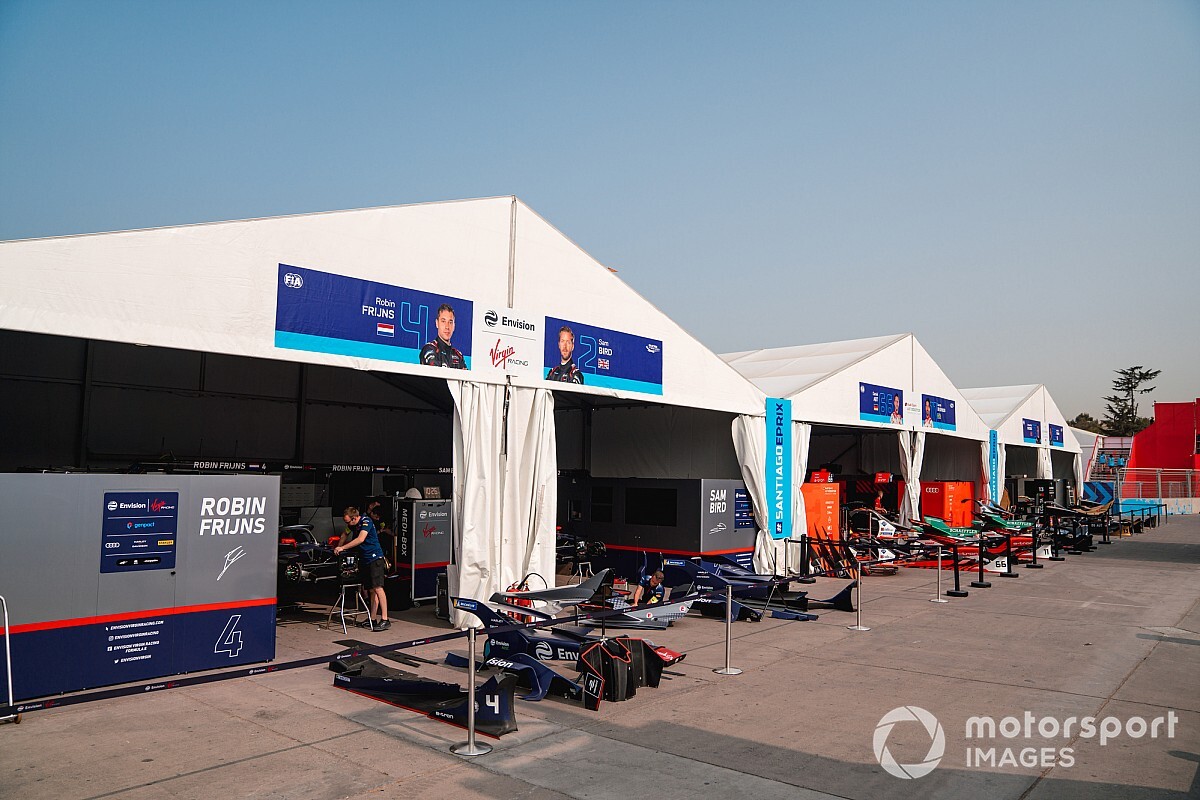 The FIA has presented cost-saving regulations for Formula E, which will reduce the championship’s environmental impact by cutting tyre allocations and staff for each team.

Following a June 19 meeting of the FIA World Motor Sport Council, amendments to the sporting regulations have been ratified to support the “sporting and financial” health of FE.

At present each driver is limited to four new rear and front tyres per event, but for the 2020-21 season this allocation will be reduced by 25%.

The teams’ operational staff - those working in the FE garages at a race weekend - will also be cut from 20 to 17 members while only one remote garage of six people will be permitted.

A statement from the FIA read: “Together, these two decisions to restructure team format will therefore provide competitors with an opportunity to better manage their staff and will have a substantial effect of the carbon footprint of the championship by reducing the amount of people travelling to the events.”

The final change will limit the use of brake discs and pads that can be used during a season, to reduce the costs of consumable goods.

Additional restrictions impacting software, bodywork and sensors are still being assessed by the FIA and FE to lower non-essential expenses.

A Logistics Working Group will also be created for next season to “optimise logistics costs significantly” and there will be a revised distribution of prize money to support the smaller teams.

The FIA statement continued: “This long-term plan for greater efficiency and sustainability will lead to the future introduction of financial regulations to preserve the competitive balance of Formula E and its viability, going forward.

“The aim is to ensure that each competitor can continue to challenge for race wins with increasingly reasonable and controlled costs, while Formula E remains the pinnacle of electric racing and retains its relevance for manufacturers through the engineering challenge it poses.”

This latest raft of cost-cutting measures follows changes to the current homologation cycle of FE cars, which was introduced to combat the financial damage of the coronavirus.

Manufacturers are now only able to modify powertrain components once over the next two seasons as part of an extended homologation period.

Teams can opt to either introduce a new powertrain for the 2020-21 season for a two-year runout or continue with their current systems for next season before homologating a new set-up for a single season the year after.

The facelifted Gen2 Evo car has also been delayed by a year until the 2021-22 season - although could be scrapped altogether, with the Gen3 car set to debut the following season.