Gary Paffett has been announced as the first driver to join HWA’s new Formula E entry ahead of the 2018/19 championship.

The squad, which will officially be called HWA RACELAB, will be run by HWA AG CEO and Mercedes DTM boss Ulrich Fritz as team principal.

Lucas di Grassi’s former engineer at Abt Audi, Franco Chiocchetti, has been given the head of Formula E operations role.

HWA has also released the livery it will run on its cars, which will be fitted with Venturi-supplied VFE-05 powertrains. 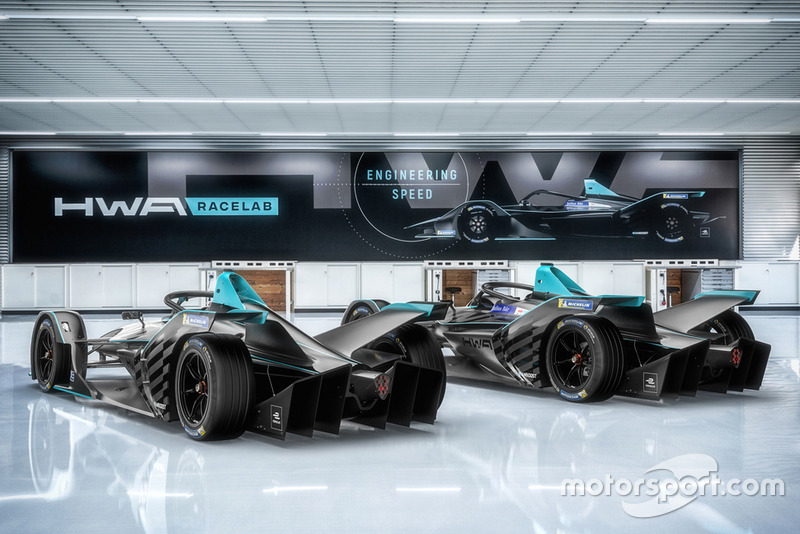 "I am really excited about driving for HWA in the fifth season of Formula E," said Paffett, who drove for Venturi at the inaugural FE rookie test in Marrakech in January.

"This is basically the first time for 15 years that I will have switched series and cars.

"It will be a major challenge – for me, and for the team. Most of them – like me – are moving over from the DTM.

"As such, we have a lot to learn. It will certainly not be easy at first, but we are ready and are all looking forward to it.

"Formula E is a very promising series with great prospects. It is great to be a part of it.

"I watched the race in Marrakech at the start of the year and was impressed by the atmosphere. It was totally different to the DTM and anything else I've seen before.

"We must adapt to this new format and adjust our approach to the race weekends accordingly. The standard of the drivers and teams is definitely very high."

The team, which is a precursor for the Mercedes FE entry in 2019/20, will be based at a dedicated workshop designed at HWA's Affalterbach headquarters to house its race assembly area and simulator.

"We are looking forward to the new challenges that come with Formula E," said Fritz.

"Over the past weeks and months, we have worked very hard to lay a solid foundation, upon which to enter this fiercely-competitive series.

"In doing so, we have benefitted greatly from the experience gained in cooperation with the Venturi team, whom we supported last season as technical partner.

"We are now well positioned with our own team to compete under our own flag. We are approaching this challenge with a healthy mixture of confidence and respect.

"The season ahead will be a learning year for HWA RACELAB, but I am confident that we will very quickly establish ourselves and be competitive in the series."

HWA's second driver "is yet to be confirmed", according to a team statement, although Fritz recently told Motorsport.com that the team expects to have its permanent line-up in place for the official FE pre-season test at Valencia, which gets underway next week.

Chiocchetti highlighted Paffett's importance to HWA, adding: "It is incredibly valuable to have such an experienced man as Gary at the wheel.

"His feedback is an important indicator for the further development of the cars."