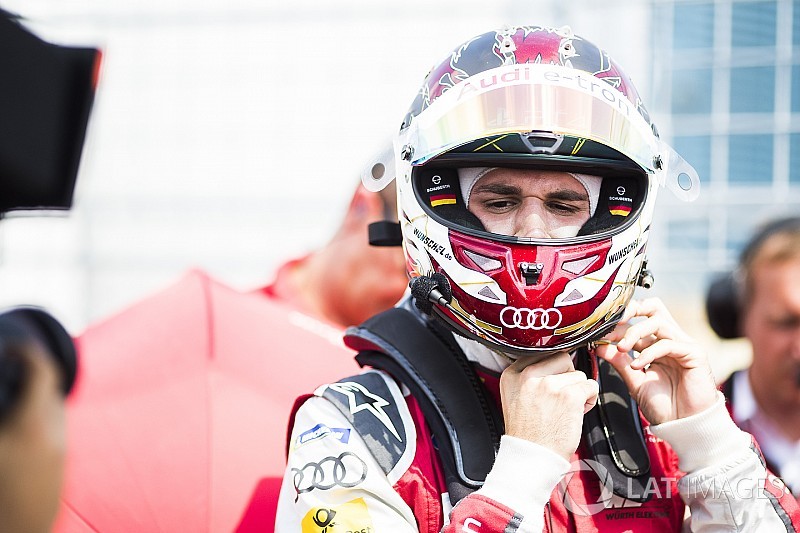 Daniel Abt topped the only practice session ahead of the Formula E season-four finale in New York, as he seeks redemption for yesterday’s race, which he felt Audi teammate Lucas di Grassi robbed from him.

Abt felt there had been a "miscommunication" over the radio, and wasn't expecting di Grassi to attack and overtake him for the lead on Saturday. Team chief Allan McNish said the matter had been discussed and put to bed.

“We spoke about it last night and cleared the air in every way,” said McNish. “It was a fantastic result overall. We have two drivers who want to fight, and sometimes they want to occupy the same part of the track. Only one can actually win, but we’ve got two guys who can deliver.”

Morning thunderstorms meant a rare wet session for the series, and drivers were keen to learn the grip levels during the 45-minute period with more showers forecast through the day.

Virgin’s Sam Bird hit the wall after losing control under braking for Turn 14 early on, while Jose-Maria Lopez performed a 360 in his Dragon car without hitting anything.

The drizzle intensified towards the end, which solidified Abt’s position at the head of the times with a lap of 1m18.699s. Mitch Evans was second for Jaguar, just 0.097s slower, ahead of da Costa, Buemi, di Grassi and Stephane Sarrazin.

Felix Rosenqvist was a late crasher, swiping the front wing from his Mahindra after locking up and going straight on at Turn 11. “I’m fine,” he reported. “The hit was straight on, but I was surprised I was able to drive it back.”