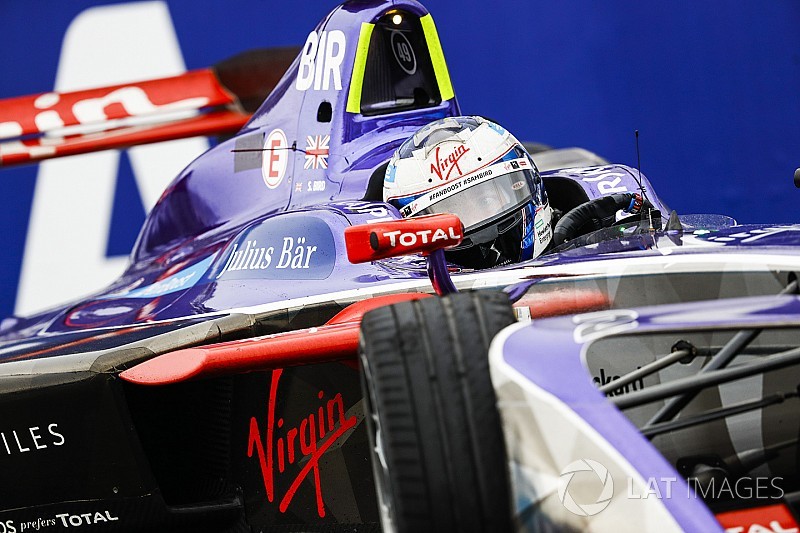 Saturday winner Sam Bird set the pace in the third practice session of Formula E's New York ePrix weekend, which was interrupted by crashes from Tom Dillmann and Robin Frijns.

DS Virgin driver Bird beat Jean-Eric Vergne, who finished second in Saturday's race, by 0.179s with a time of 1m02.209s.

The Frenchman held first place until the final five minutes, having been the first one to improve after a 10-minute red flag stint caused by Dillmann stopping on track.

Venturi driver Dillmann hit the wall on the exit of Turn 1, breaking his right-rear suspension.

The session also ended with a red flag as Frijns lost the back of his Andretti-run car and smashed his rear wing into the wall.

Behind Bird and Vergne, Venturi's Maro Engel took third, 0.002s faster than NEXTEV driver Oliver Turvey, while Nelson Piquet and Dillmann were fifth and sixth behind their teammates.

DS Virgin rookie Alex Lynn, who secured pole for Saturday's race, was seventh, ahead of Lucas di Grassi and Jerome d'Ambrosio, the top nine separated by less than half a second.