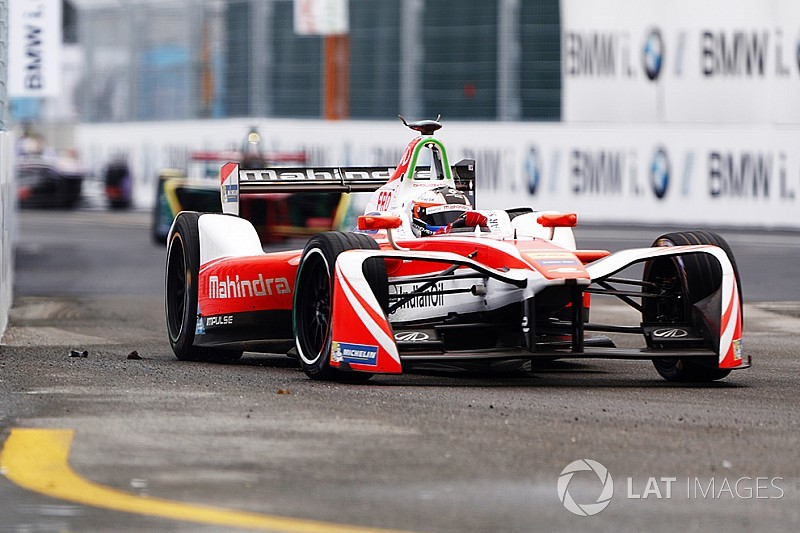 Mahindra's Felix Rosenqvist was fastest in the second practice of Formula E's New York ePrix despite damaging his car at the end of his best lap, as series debutant Alex Lynn impressed in the wet FP1.

Rosenqvist, who excelled in the previous Formula E round in Berlin, set a time of 1m02.423s late in FP2 and took the lead by nearly half a second, even though the Swede hit the wall at the end of his flyer.

He smashed into the barriers with his right rear at the exit of the final turn, breaking his suspension and ending his session five minutes early.

It was back to green with less than two minutes left and Nick Heidfeld jumped into second to complete a Mahindra 1-2, albeit still 0.316s behind his teammate.

Abt duo Di Grassi and Daniel Abt were fifth and sixth respectively.

While FP2 was held under sunny conditions, the first practice was held on a wet but drying track.

With conditions continuously improving, it was Formula E debutant Alex Lynn who ended up on top with a last-minute effort.

Lynn, replacement of Jose Maria Lopez, who is racing in FIA WEC at the Nurburgring, was followed by his Virgin Racing teammate Bird and Rosenqvist.

He then took 10th in the second practice, less than a second off the pace.

Pierre Gasly, who drives absent points leader Sebastien Buemi's Renault e.dams machinery, had a more low-key start to the weekend as he took 17th and 15th in the two practices.

Fellow Frenchman Tom Dillmann stopped on track in the first practice and missed the first half of the running before only taking 19th in FP2.

Video: How FanBoost makes a difference in New York's ePrix