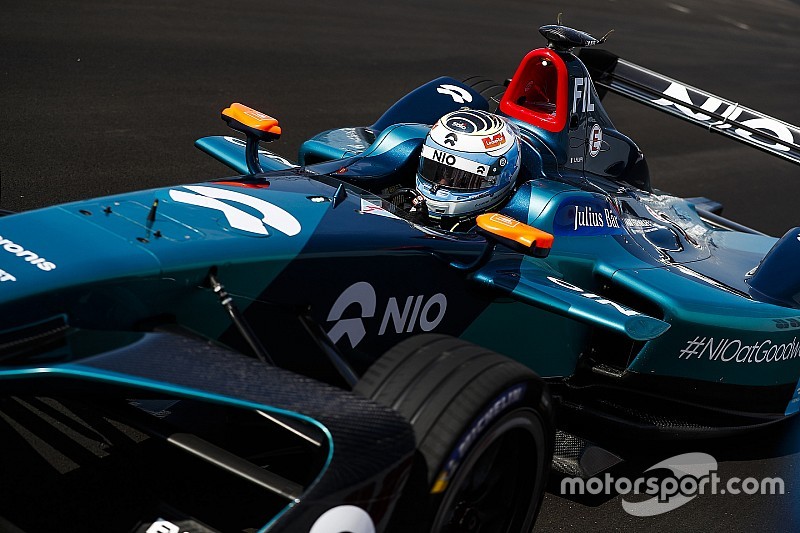 NIO has dropped Luca Filippi from its Formula E driver line-up ahead of the electric championship’s fifth season.

The Italian driver made his FE debut with the team in the 2017/18 season, but scored just one point – which came in the first Hong Kong race – from 11 starts and he was switched out in favour of Ma Qing Hua for the Paris round.

Filippi had expected "to keep doing Formula E" and told Motorsport.com that he had "signed contract already" that covered season five.

It was understood that Filippi had tested NIO's Gen2 car over the summer, but the team announced in a statement distributed on Monday that it was "parting ways" with the 33-year-old.

"Firstly I would like to take this opportunity to thank Luca for his commitment to the role of race driver with the NIO Formula E Team, something that he undertook with immense dedication and pride, in what proved to be the most competitive season in the championship's history," said NIO team principal Gerry Hughes.

"Whilst it was a challenging inaugural season for Luca, he remained focused and energised and this has certainly helped the team with the initial development of the NIO 004 car over the summer months, whilst Oliver [Turvey, Filippi's season four teammate] has continued to recover from his hand injury sustained in the penultimate race of season four in New York.

"However, with season five firmly in our sights and having bold ambitions as NIO's racing operation, we have decided to make changes to our race driver line-up and as a result we have to say goodbye and good luck to Luca."

NIO's statement said the team would make "more announcements regarding the 2018/2019 driver line-up to follow in due course", with Turvey linked with a possible switch to Nissan e.dams before it announced Sebastien Buemi and Alexander Albon as its 2017/18 drivers.