Techeetah has been Formula E’s dominant squad of late with five titles in the last three years, but if there is one manufacturer that can usurp the Chinese team in 2021 it is Nissan.

The Japanese manufacturer has made significant progress since it entered Formula E in the first season of the Gen2 rules cycle in 2018/19. It had a tough act to follow, having taken over from alliance partner Renault that had been the benchmark of FE’s Gen 1 era.

But to Nissan’s credit, it immediately made a mark on its arrival in FE and was arguably the fastest team over a single lap in its first season, taking pole position in six out of 13 attempts. Its race pace wasn’t shabby either, particularly in the second half of the campaign, with Sebastien Buemi scoring a run of four consecutive podiums - including a victory in New York - to seal second spot in the drivers’ standings.

Then came the 2019/20 season that coincided with a ban of the twin-MGU design Nissan had pioneered and so successfully used in its first year. While designing a single-motor system was a mammoth task in itself, the Le Mans-based outfit also had to focus on areas that it had previously overlooked to master its twin-MGU concept.

“We had a huge deficit in terms of software, energy management, all of this [at start of season 6],” Buemi explained to Motorsport.com.

“The thing is, when we had our twin motor, we spent a lot of energy into making it work and less energy elsewhere – you have to do with the resources you have, at some point.

“What happened is that as it was banned, everything we put into our twin motor, we 'threw it away', and we had to catch up on everything like software and energy management.” 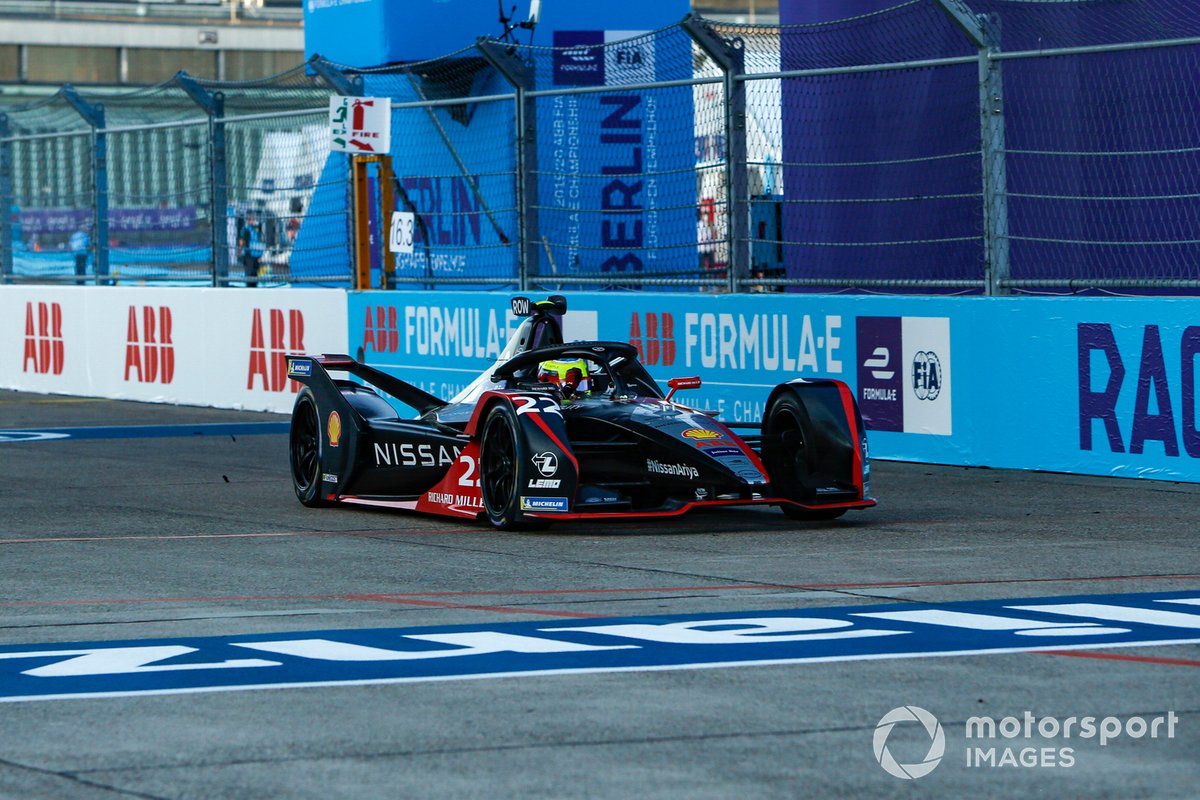 Indeed, Nissan didn’t get off to a great start in its second season in Formula E, and sat a distant seventh in the championship after the opening three races before progressing to fourth when the season was halted by the coronavirus outbreak.

But the five-month break that followed allowed it to catch up with the rest of the field in the software department, and the team’s fortunes transformed by the time the season resumed with six quick-fire races at Berlin’s Tempelhof airport.

Nissan’s performance in Race 4 was particularly noteworthy, with DS Techeetah forced to use team orders to stave off the threat from Buemi and Oliver Rowland. Techeetah ultimately managed to hold onto first and second positions as Antonio Felix da Costa wrapped up the drivers’ title, but the pace Nissan showed must have rung alarm bells at the Chinese outfit.

Nissan followed that result with a dominant win in the next race, with Rowland leading every lap from pole position to further cement the Japanese manufacturer’s position as Techeetah’s closest rival.

Crucially, this result also verified that Nissan now had two very strong drivers to take on Techeetah, which by then had become the only team on the grid to field two FE champions.

“I think he's a very, very good driver,” Buemi said of teammate Rowland. “Of course he has already proven it in F2. He's become very, very good, he finished one point behind me last year, which allowed us to take second in the team championship.

“This year, he will have to be counted on to fight at the front, that's for sure. In the interests of the team, of course it's very, very good, and that pushes me to improve myself, to try to do the best possible.” 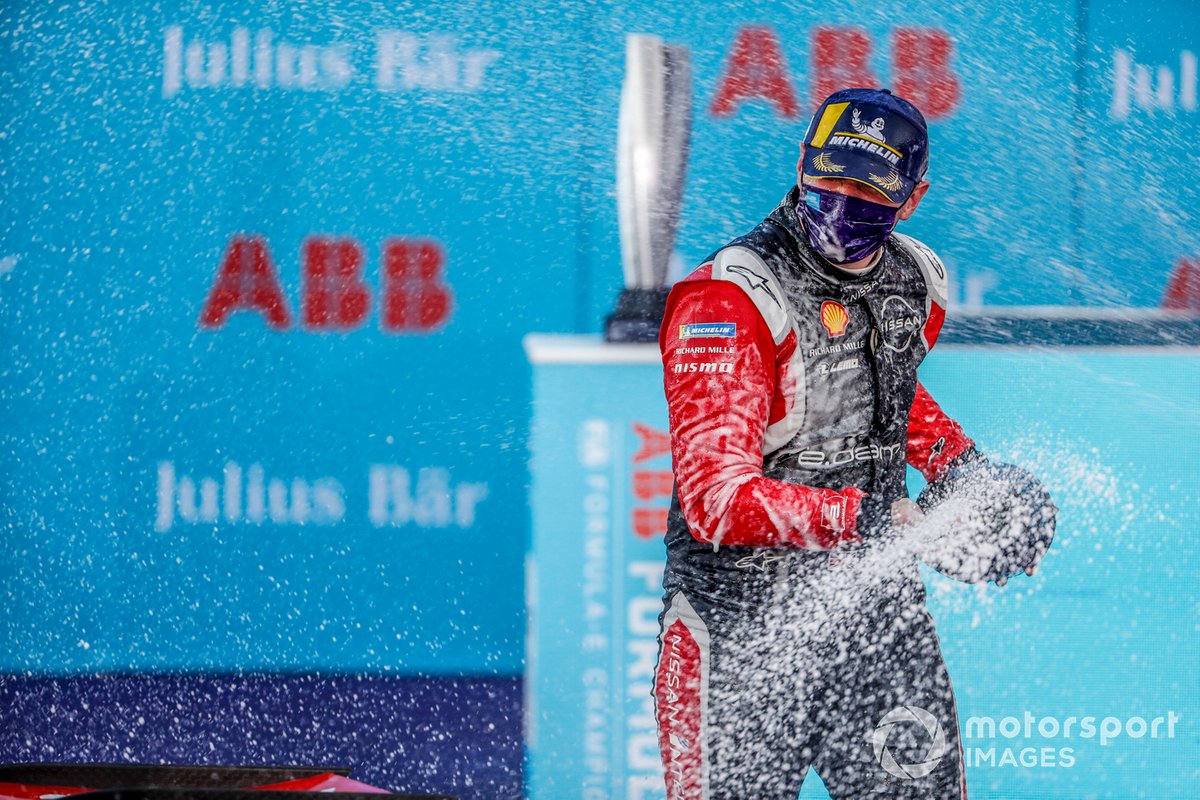 While qualifying pace had always been its strength, Nissan also made major strides on the energy management side, and that was the key to the results it achieved in Berlin.

That allowed it to jump to second in the year-end points standings, while Buemi and Rowland moved up to fourth and fifth respectively in the drivers’ table.

“[In] Berlin our race pace was definitely a step better,” Rowland told Motorsport.com. “But maybe we focused all the emphasis on the race side rather than quali and slipped back a tiny little bit I would say in Berlin.

“Just between me and Seb probably optimising qualifying a little bit better is probably the target for us. We almost appear in Super Pole every race but not always with two cars.

"We just need to get both cars fighting at the same point and that will help us in the race because we will be there to help each other at the front.

“I think the emphasis is to make sure we are both faster every race and we can help each other at the front to gain the results. Like we see with DS when they work together and also Seb and me in Berlin, it can bring quite a big advantage.”

Rowland is aware that Nissan cannot afford to squander opportunities in its battle with Techeetah, as pace alone may not be enough to overhaul a team that has been so consistent over the last few years.

“You have to target to bridge the gap I think,” he said. ”Antonio obviously did an amazing job. If you look at me and Seb we both had our issues, like I spoke about my side -  I had a big crash in Santiago and then a few grid penalties for things that were out of my control. Some small issues at certain times on the car -  but also his side.

“So if we can make sure those things don’t happen, on a personal level and from the team’s point of view, and of course we can already be much closer to DS.

“I think as a team they worked really well together in terms of their race strategy with the way they do things and all that sort of stuff and it was something me and Seb definitely improved throughout the year.

“So we have to really optimise that and maximise that in terms of our team work and yeah, I think consistency in your personnel and driver line-up is very important in Formula E. Coming into our third year together we know each other well, we are both pushing in the same direction and hopefully we can get some good results.”

Both Nissan and DS will start the season in Riyadh with the same hardware as last year, before unleashing their new powertrains at the Rome E-Prix in April.

The two squads have played down suggestions that they could make a major leap with its new powertrains thanks to the extra development time compared to the rest of the field. But there remains scope for major gains elsewhere on the car such as suspension, and if Nissan wants to end Techeetah’s winning streak, this is the area where it could make the difference.

Nissan’s presence in the international arena has dwindled over the past decade, and the marque's ill-fated foray into the FIA World Endurance Championship with the ill-conceived GT-R LM still lingers in the memory of motorsport fans the world over.

Success in Formula E, hence, would go a long way towards rebuilding its image as a force to be taken seriously globally like its domestic rivals Honda and Toyota. 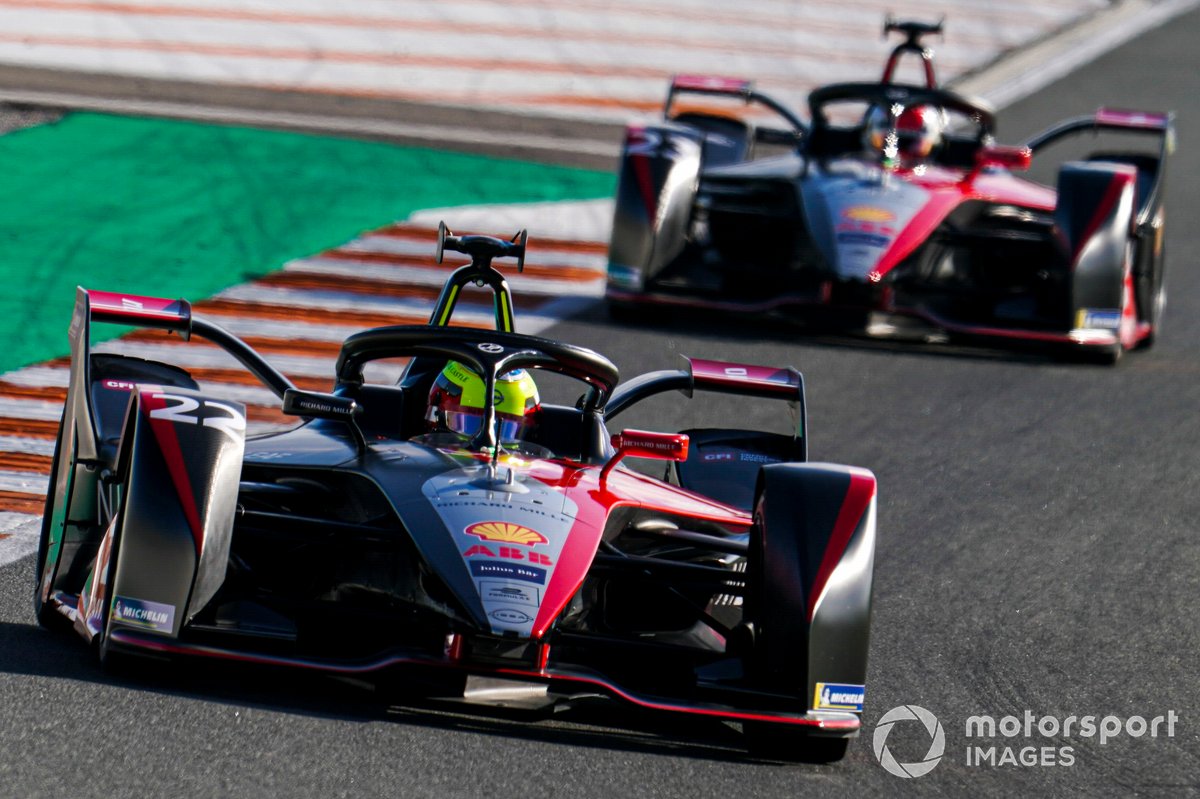