Nissan had '15 to 20' approaches for Albon seat

The Nissan e.dams Formula E squad has had '15 or 20' drivers get in contact about a possible seat for the 2018/19 season, says team boss Jean-Paul Driot. 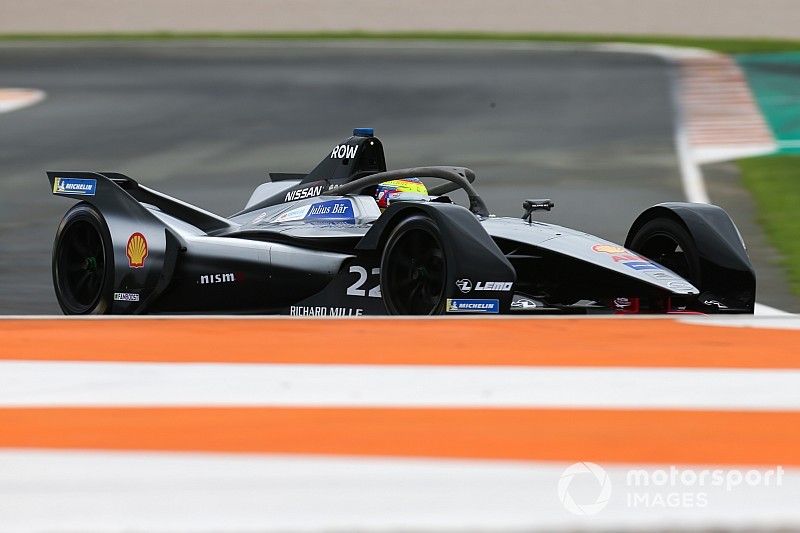 Nissan had been expected to field Sebastien Buemi and Alexander Albon in FE’s fifth season, the Japanese manufacturer’s first since taking over from alliance partner Renault at the e.dams entry.

But with Albon, who was signed to a three-year FE contract in July, now closing on a Toro Rosso F1 seat for 2019, Nissan will likely need a new driver to slot in alongside season two FE champion Buemi.

When asked if Nissan was looking for a replacement for Albon as it negotiates his situation with Red Bull, Driot replied: “We are, we had so many drivers who rang during these two days, I couldn’t believe it.

“Drivers who rang, who sent emails – if I give you the names you are going to be very astonished – incredible,” he told Motorsport.com.

Driot confirmed that Rowland – the 2015 Formula Renault 3.5 champion – is in contention for the race seat.

“Oliver is in consideration because we were thinking about him for the third driver anyway, and we know him well because he did Formula 2 with us the same year as [Charles] Leclerc was racing in Formula 2 [in 2017],” he said.

“And he did well – he won three races and did poles – and we know him because he was in Renault 3.5.”

Rowland completed 85 laps for Nissan during the third day of the test – including a 21-lap run that was the team’s longest stint of the week.

“It was good – I just focused on race stuff,” Rowland explained to Motorsport.com.

“It was fine – I got my head around that a little bit and just worked through the programme for the guys and Nissan really.

“It was nice to get out in the wet – seemed pretty competitive. I didn’t really do any performance running in the [dry] afternoon, but it was good.

“It’s really hard for me say [where Nissan is in FE’s competitive order], I haven’t been involved in any of the [private] tests.

“But it seemed good and the pace seemed quite good – I don’t even know who is the best to compare to or anything like that.

“But it was important for me to just try and understand as best I can with the car and also just give them the data and stuff they need.”

Regarding the possibility of racing for Nissan in FE in season five, Rowland, said: “Obviously I came here and covered – super-subbed – for them again, a bit like I did with Nicholas Latifi at the start of the year [in F2 testing].

“But let’s see – obviously I’d like to race in Formula E, so we’ll see what they come up with.”