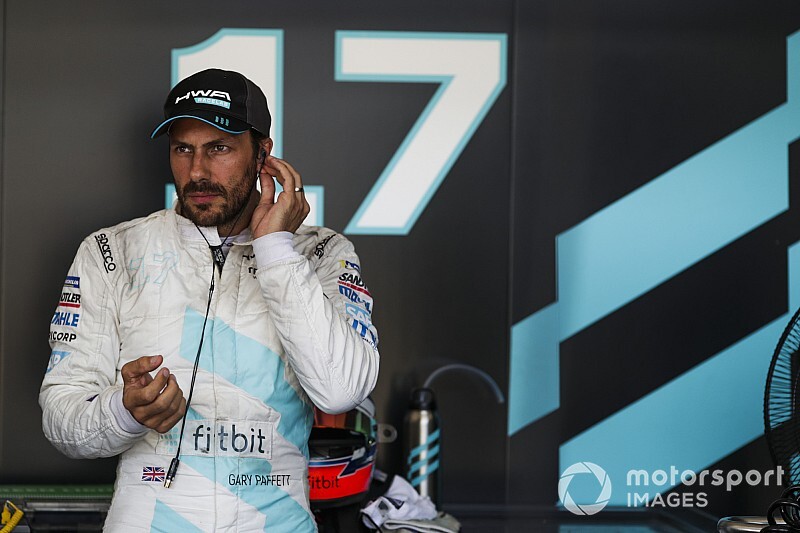 Gary Paffett will be the test and development driver for the Mercedes Formula E team and has been confirmed as an official sporting and technical advisor to the new squad.

Mercedes is making its FE debut in 2019/20 after taking over the entry that was used by its affiliate HWA last season.

Paffett raced for HWA in 2018/19, finishing 19th in the drivers’ standings with a best finish of eighth, which he scored in Hong Kong and Paris.

In his role as sporting and technical advisor, which was previously reported by Motorsport.com, Paffett will form part of the Mercedes FE management structure headed by team principal Ian James.

“On the one hand, I’m obviously a bit disappointed that I won’t be competing for Mercedes-Benz in Formula E this season,” said Paffett, who won two DTM titles for Mercedes in 2005 and ’18, its final year in the series before it left to concentrate on its Formula 1 and FE programmes.

“But on the other, I’m very excited to be part of the team and to be supporting Mercedes-Benz in their first year in Formula E as reserve and development driver.

“At the same time, it will be very interesting to help out on a sporting level at the race weekends, trying to get the best possible performance out of the two race drivers and the entire team.

“It’s very important to have a racing driver as part of the management team.

“I understand how drivers think and how to get the best out of them.

“In me, they have a partner to discuss their performance with and to talk about the car. It’s a new role for me and one that I’m looking forward to.”

James said: “Gary has been an important pillar of our motorsport programme for the past 16 years.

“He is not only an exceptional driver but also a charismatic and judicious leader, which qualities he has repeatedly demonstrated in the DTM as our team captain.

“In addition, there is hardly any driver who is able to push forward the development of a car better than he can.

“We are therefore delighted to have appointed Gary as our sporting and technical advisor and as the reserve and development driver for the Mercedes-Benz EQ Formula E Team.

“There is no doubt that he will continue to play a major role in the future development of the team, as indeed he always has."