Piquet: Jaguar a second slower than rivals in Hong Kong 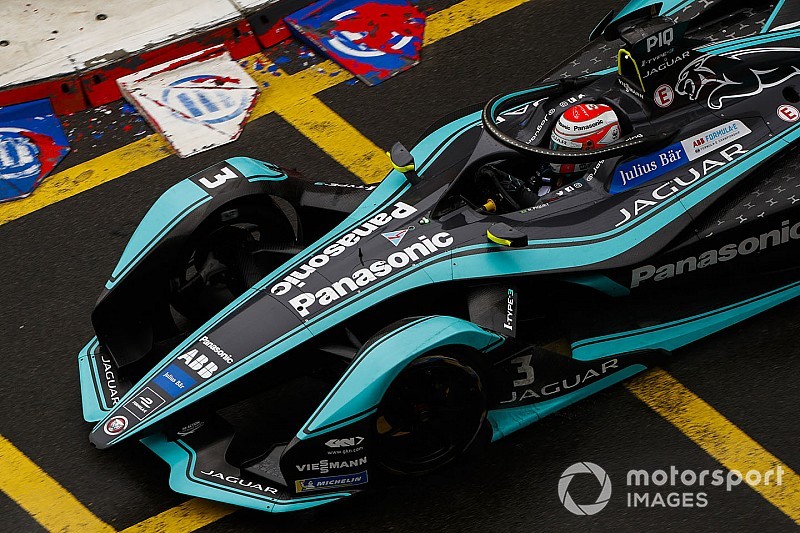 Jaguar's Nelson Piquet believes his ABB FIA Formula E team was one second slower than its rivals in the Hong Kong E-Prix.

Piquet, who started 15th, retired from the race at the end of the first lap after what he described as "wheel banging" through Turns 1 and 2 caused damage to his front suspension, meaning the Brazilian has not scored points in the last four races of the 2018/19 season.

His teammate Mitch Evans was able to finish seventh after climbing from 16th on the grid.

"Compared to the guys around him [Evans], P1 and P2, we're around a second slower.

"You can't get lucky from starting P19 or whatever, there's accidents, this and that. The race isn't just about being lucky, you want to contend for podiums.

"For that you need to be up front, have a quick car and it's one thing driving in the dry. If conditions keep changing, you need a strong system that will cope with these variables all the time."

For large portions of the weekend it looked as though FE would have its first wet race at the 50th attempt, but the track remained largely dry but greasy in areas come the start.

Practice and qualifying was, however, run in wet conditions.

Asked if Jaguar's attempts to get on top of its qualifying weakness was made more difficult by the conditions, Piquet said: "It is but there are teams out there coping with the change of conditions and doing better.

"It's not a coincidence that HWA and Venturi [both use Venturi powertrains] were up front. There must be something in common to facilitate this and it's not all of a sudden four drivers qualifying well.

"It's clear there's some areas we have to improve. So yeah, this race has highlighted things we need to improve in the software and in the codes.

"We knew there was work still but when the situation and conditions because this way it amplifies [the problems] what we have."