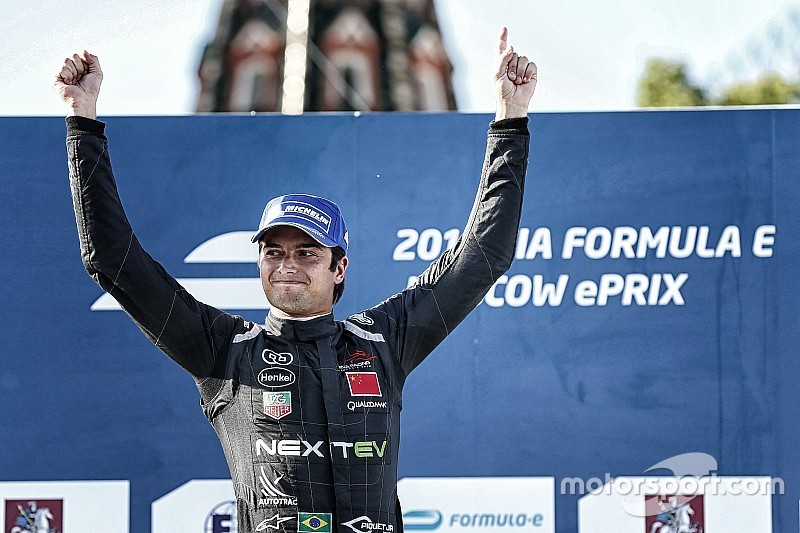 Nelson Piquet Jr. has proven his ability in various forms of racing. Now, with his impressive run in Formula E and the news that he will be making his Indy Lights debut, he has the chance to once again prove his worth in single-seaters.

When I had the pleasure to conduct an interview with Nelson Piquet Jr during British round of the World RX at Lydden Hill last year, the Brazilian's career had just recently shifted in an entirely new direction. After a few years in NASCAR, his main focus was now Global RallyCross Championship. There wasn't much thought that his single-seater career would get new life, but just one year removed from that interview, things have changed quite dramatically - once again.

A successful return to single-seater competition

After a five-year hiatus, the Brazilian reunited himself with a single-seater category, taking part in the newly formed Formula E championship. He tested with China Racing at Donington Park and a month later, he was announced as the team's full-time driver in the all-electric racing series' inaugural season.

Now, with only a double-header in London's Battersea Park remaining in the season, he leads the ultra-competitive championship comprised of Formula 1 and WEC-caliber racers. Piquet has impressed with consistency over the course of the year, showing his prowess in both power management and wheel-to-wheel combat. He's won on two occasions, both times in dominant style, and has scored a total of five podium finishes in nine races.

His maiden victory in the series was an emotional one as he took it at the course that has the RSM Queen Mary ocean liner as a backdrop. The very same venue that saw his father winning in Formula 1 for the first time 35 years earlier - Long Beach. He's also became a fan favourite, awarded with the Fan-Boost four times - twice as many as his main title contenders Lucas di Grassi and Sébastien Buemi and only one time less than Jean-Éric Vergne, the series most popular driver in that respect.

During the very same interview, I asked Nelson why NASCAR is so difficult for converts from the world of single-seaters. "The drivers in NASCAR, they've been doing this 'since they were born'. It doesn't mean that just because you came from Formula 1 you can be the best at everything else." – he told Motorsport.com. His stellar performance in Formula E shows that despite being amongst the world's most versatile drivers, he is still fully capable at what doing what he has known 'since he was born', and that is driving lightweight purebred racing cars with high levels of downforce. There is definitely unfinished business for Piquet in this discipline.

His shift in priorities became evident when he skipped the X Games rallycross event in order to take part (and eventually win) the Moscow ePrix and has just been announced as Max Chilton's substitute in Carlin's Indy Lights entry for the races in Toronto and is set to make his US single-seater debut.

Perhaps one day we will see Nelson Piquet Jr. driving an IndyCar or who knows, perhaps even a factory LMP1 car at Le Mans. He will soon turn 30. Even if it's too late for an F1 comeback he still has plenty of time for a successful career at the highest echelons of motorsport. After all, he is 10 years younger than Juan Pablo Montoya, who just won his second Indianapolis 500 after a 14 year hiatus from the series.

Surely, Piquet still has what it takes to be a front-runner.

e.Dams-Renault is now preparing for the final charge!