Prost and Heidfeld at odds over Mexico crash 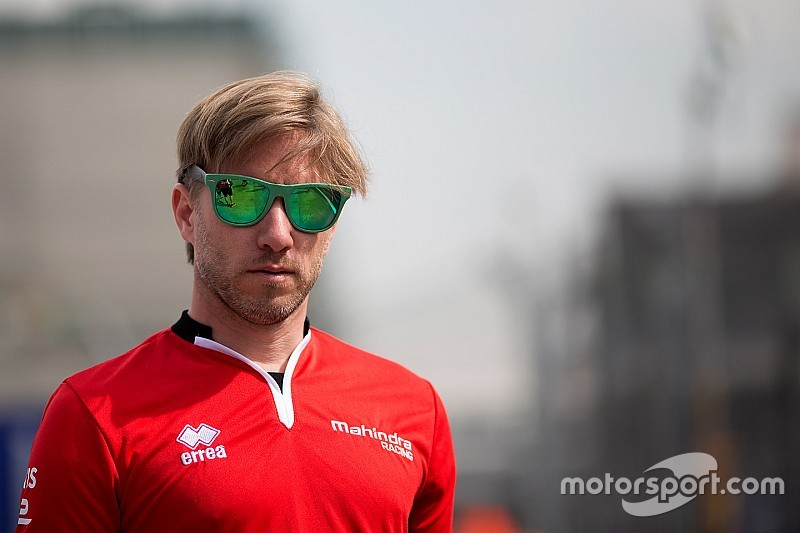 Nicolas Prost and Nick Heidfeld had differing opinions on the late-race accident which cost the Mahindra team a likely double points score at the Mexico City ePrix.

The pair, who have been teammates for many years in sportscar racing, disagreed on the contact which took place at the left-hand corner entering the stadium section of the circuit. No post-race action was taken by the stewards.

“Nico just crashed in to my car and then there was a big mess after I was left in the middle of the circuit,” Mahindra driver Heidfeld told Motorsport.com.

“I think it is pretty clear what happened and the evidence is plain to see on the damage to the car.”

Renault e.dams man Prost was adamant that the contact could have been avoided had he been allocated more room.

“I think we need to see the pictures because from my side I tried to avoid him. I was on the kerb and he did not leave me any room at all when I was at his side,” Prost told Motorsport.com right after the race.

“For me he completely closed the door so I am confident that the stewards will see it like this.”

Heidfeld, who was in line for a podium finish, believes that the genesis of the incident came from Andretti’s mistake on minimum pitstop time earlier in the race.

“Andretti did not get the message that the pit stop time had changed [from 57 seconds to 60 seconds],” said Heidfeld.

“Everything was going smoothly and then, when I went to the fast lane, there was an Andretti car there which should not have been there because they were three seconds too quick on the pit stop.

“We came out side by side and the race director always tells us very strongly that the guy in the fast lane takes priority,” continued the German. “So I did this and it created a chain reaction.

“Sam Bird was in front of me but because of [Antonio Felix] da Costa I had to brake - and so Bird also came out next to da Costa.

"But instead of letting him by he just stayed about 10 centimeters in front, so it was a double loss for me because of Andretti’s mistake. The mess started here.”

Bird was given a two-second post-race addition to his finishing time for an unsafe pit release. The decision, which did not affect the result, was mitigated by the Andretti team's error in releasing its cars early from their pit stops.

Gallery: The best photos from the Mexico City ePrix