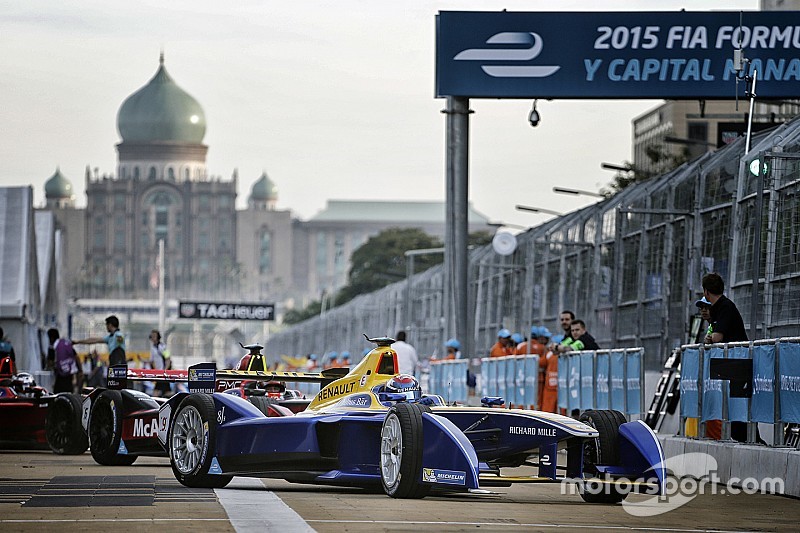 Senior Team Managers, Alain Prost and Jean-Paul Driot, review an event where, in spite of the issues encountered, the Renault Z.E.15 proved its outright pace and performance.

Renault e.dams experienced a character-building FIA Formula E Championship round in Putrajaya last weekend (November 7) when a software issue caused both Nico Prost and Sebastien Buemi’s cars to stop on track under the sweltering Malaysian sun. Senior Team Managers, Alain Prost and Jean-Paul Driot, review an event where, in spite of the issues encountered, the Renault Z.E.15 proved its outright pace and performance.

Jean-Paul Driot: The brilliant thing about our team is that we have a lot of experience in motor racing and appreciate that setbacks can happen when using brand new technology.

Alain Prost: Absolutely; our wealth of experience within the team means we are well equipped to deal with this kind of thing. There’s no point in dwelling on what happened. Instead, we should look ahead to the next ePrix in Punta del Este.

J-PD: Reliability can always be an issue when you go into a season with a brand new electric motor, inverter and gearbox. So we can’t be too hasty in our reaction. We must analyse the situation, try to understand what has happened and then establish how we are going to resolve this issue so it doesn’t happen again.

AP: Exactly. We cannot jump to any conclusions until we have run the relevant tests to explain the situation. We already have a better idea of what may have happened during Saturday’s race. But it is also important to highlight the fact that both cars performed very well over the course of the weekend. Sebastien secured a comfortable pole position in Malaysia, as well as fastest lap, and Nico was certainly en route to a podium, proving that our package is very strong, and fast. It is much easier to improve reliability on an already quick car than to try and find performance from nowhere.

J-PD: Obviously last weekend was a great disappointment for us, but we are all strong competitors and, given the general performance of the cars, every member of the team is more motivated than ever to come back stronger in Punta del Este.