The new point to be given to Formula E drivers topping group running in qualifying sessions will add an extra dynamic in 2019-20, says BMW Andretti team boss Roger Griffiths. 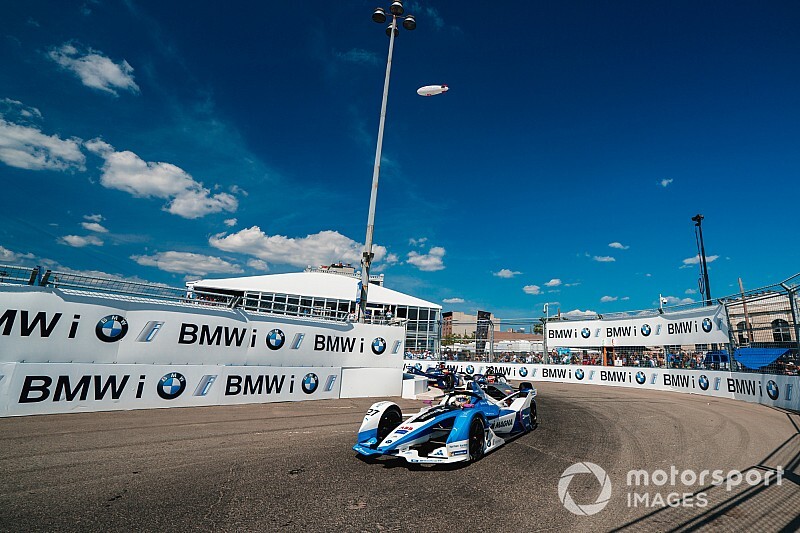 In addition to the three points given to the driver earning pole position in superpole session, the driver that sets the fastest time in the combined order of the four championship-order groups will also get one point per qualifying session from the start of the upcoming campaign.

This point will finally replace second extra point that was awarded to the driver setting the fastest lap, which has resulted in one point since the 2016-17 season after being worth two in FE’s first two championships.

“It gives you something to shoot for – it does make qualifying all the more important,” Griffiths told Motorsport.com.

“Often you see the fastest guy in the group session doesn’t necessarily always end up on getting the superpole [pole].

“We talked about different things – it is a reward for doing well within the group sessions so I think everyone was happy with the way it came out.

“This is another example of ‘let’s find a good solution together’ to, I wouldn’t say a problem, but a situation that we have and how we can do something that works for the championship.

“[It] also create a story point as well because we could [just say] ‘oh let’s just give an extra point to the guy that wins the race’ or something, well where’s the story there?

“So I think it gives [the media] something else to write about.”

FE was briefly set to drop the fastest lap point in favour of a reward for the most energy-efficient driver, but this idea did not go ahead last season.

But Audi driver Lucas di Grassi reckons “this [group qualifying] point will never go to the top six guys” in the championship, who have to run in the opening qualifying group.

“Never ever will any of the top six [be] the fastest in [group] qualifying overall,” di Grassi told Motorsport.com.

“It’s extremely hard to be the first so this point will always be good to the guys more in group three or four.”

Di Grassi also wants FE to introduce a different form of session to set the grid as “nobody watches qualifying”.

“I like the philosophy of qualifying again because it’ll make the championship compact but I think the [four] groups of six minutes I think that’s too boring,” he added.

“If it was up to me I would do one lap [per driver] like superpole. No superpole [session] just one lap – everybody starting from the championship leader to the end, one by one.

“They will argue it’s longer, it’s not, you can use two minutes a driver and it’s still 48 minutes.”

D'Ambrosio: Formula E should move testing away from Valencia