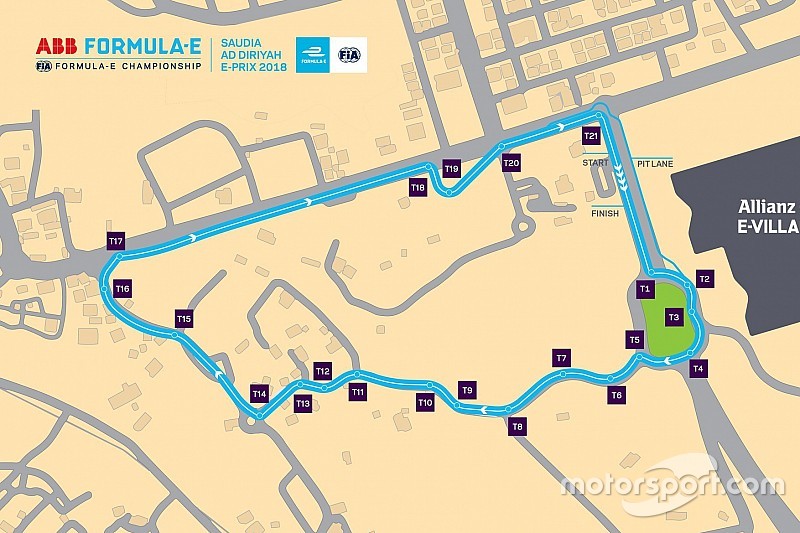 Formula E has revealed the track layout for the inaugural Ad Diriyah ePrix, which will take place in the Saudi Arabian capital Riydah.

The circuit is 2.847km long and features 21 corners, but is still subject to the FIA officially homologating it.

The circuit, which will host the first race of the Gen2 era and FE's fifth season on December 15, features a number of long flowing corners and high-speed turns, with relatively few 90-degree corners of the type usually found on the championship's street courses.

Motorsport.com understands the high-speed flowing section of the track is likely to change ahead of the race to slow the cars down at certain points for safety reasons.

Ex-Formula 1 driver Felipe Massa, who will make his FE debut with the Venturi squad in the 2018/19 championship, took part in a demonstration run around Riyadh's landmarks on Tuesday.

"First all we have the main straight, to have the opportunity of overtaking at the end of the straight," Massa said at the track's unveiling, which took place at the Governorate of Diriyah.

"Then you go in a very tricky and technical [sequence of] corners that have a lot of corners – one after the other, which I think will be the main part for the laptime.

"Especially if you make a little mistake in one of those corners, definitely you maybe lose one or two tenths easily.

"Then you go to the end of the circuit and you have some high-speed [corners] – and a very quick corner that I'm sure will be fun and interesting to do this.

"It has everything in this circuit, including some up and down hills – so not an easy line-up for the drivers, but I'm sure a great challenge and also to watch for all of you guys."

FE has also announced that the national carrier of Saudi Arabia - Saudi Arabian Airlines (SAUDIA) – will be the race's title sponsor and will become the official airline partner of the championship.

Ahead of the Riyadh race, Saudi Arabia has implemented a dedicated platform known as 'Sharek', which will grant fans who buy a ticket to the event entry to the country.

"It's fantastic news that SAUDIA is joining the ABB FIA Formula E Championship as official airline partner - ahead of the first race in Saudi Arabia and the debut of fully-electric racing in the Middle East," said FE CEO Alejandro Agag.

"The partnership continues to show the appeal of Formula E on a global scale and I'm proud to welcome SAUDIA to the Formula E family as the excitement continues to build for the opening round of season five on December 15.

"When you consider Saudi Arabia is opening-up to international sports fans for the first time - and we have a new partner who can connect those fans to our series - it really is a strong addition to the championship." 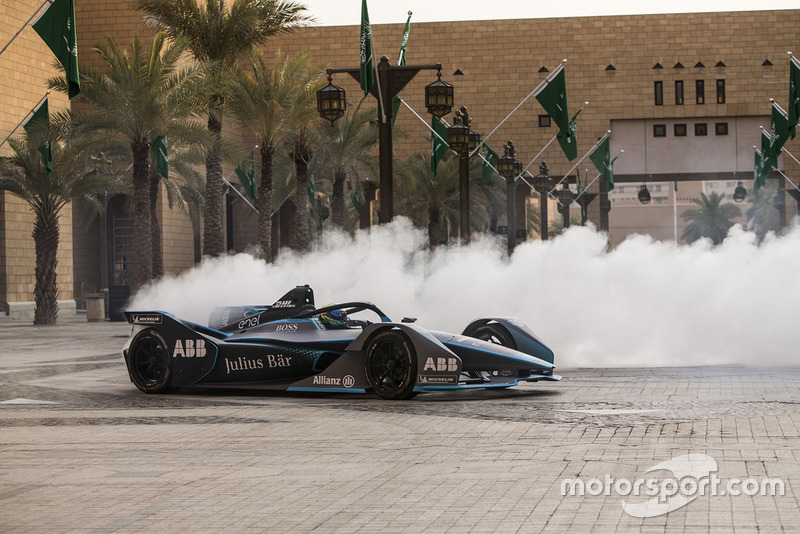