The ABB FIA Formula E Ad Diriyah E-Prix track is “one of the most challenging” in the series’ history and has been compared to “Suzuka with walls” by the drivers.

The first undulating, flowing section runs from Turns 1 to 14, before several high speed blasts that include one long, wide straight make up the rest of the course.

It is mainly narrow – apart from the straight between Turn 17, where the attack mode activation is located away from the natural exit of the corner, and Turn 18, which will form the first corner of the race. 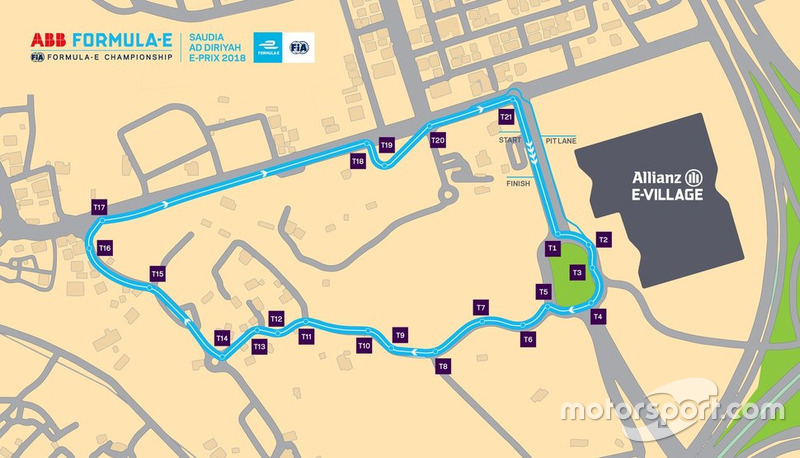 Several drivers revealed that the elevation changes were more severe than they expected from their simulated preparation ahead of the race.

“Just surviving the track is going to be an achievement itself,” said Mahindra driver Felix Rosenqvist, who is making a one-off return to Formula E in place of Pascal Wehrlein this weekend.

“It looks very difficult. I’d say it’s, together with Rome, probably the most impressive track we have. Some sections look proper hairy. But that’s cool as well to end [my FE career] on a track like that.”

NIO racer Tom Dillmann explained that “the layout [is] quite different to usual [FE tracks]”.

“We are more used to stop-and-go tracks with quite slow corners,” he continued. “Here we have a big section, kind of like Suzuka with walls, which is going to be quite interesting.

“There’s also some elevation, which we didn’t really see on the simulator. It looks really cool, we might see a few crashes. I think the track is very challenging.” 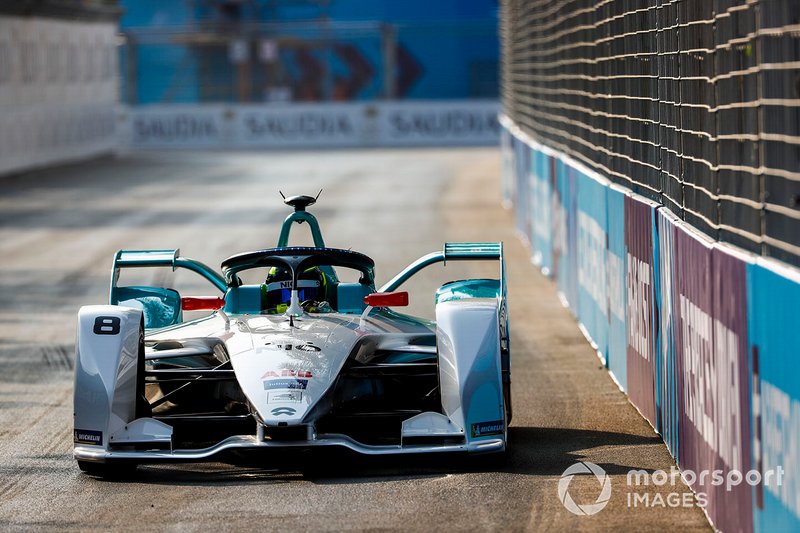 Asked for his thoughts on the layout of the track, Dillmann’s NIO teammate Oliver Turvey described it as “one of the most challenging we’ve had in Formula E”.

“The first two sectors are very tricky – fast, downhill blind corners [and] crests,” he added. “So, it’s going to be a real challenge, which is great. Certainly for the first race with a new car as well – it’s going to be tough.”

HWA FE rookie Gary Paffett explained that the gradient changes were “more than we expected” from pre-event simulator running.

“It’s really challenging – we saw it on the simulator, on the track maps, but we did the track walk and it’s similar to what we thought but even more extreme,” he said. “The middle section, the corners from five down to 14 are non-stop.

Although overtaking is expected to be difficult away from the big stop at Turn 18, BMW Andretti driver Antonio Felix da Costa reckons there are other opportunities for drivers to make moves. 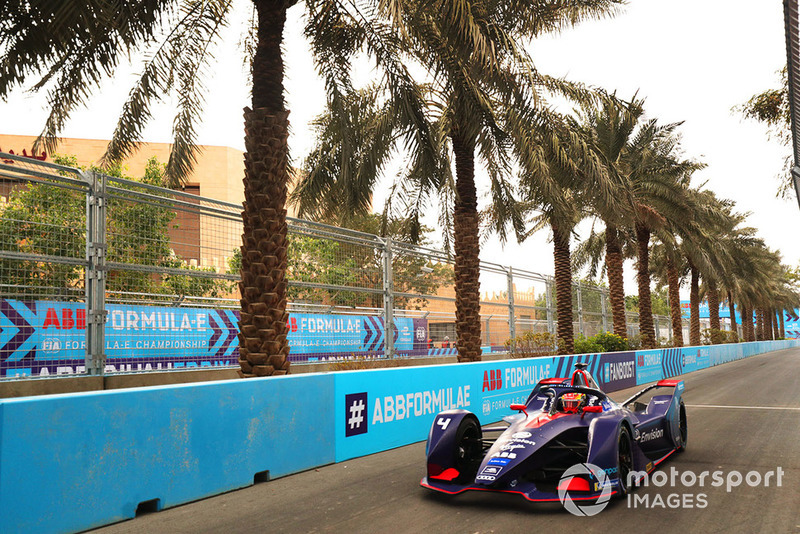 Untold story: When Schumacher met Villeneuve in the bar after Jerez '97