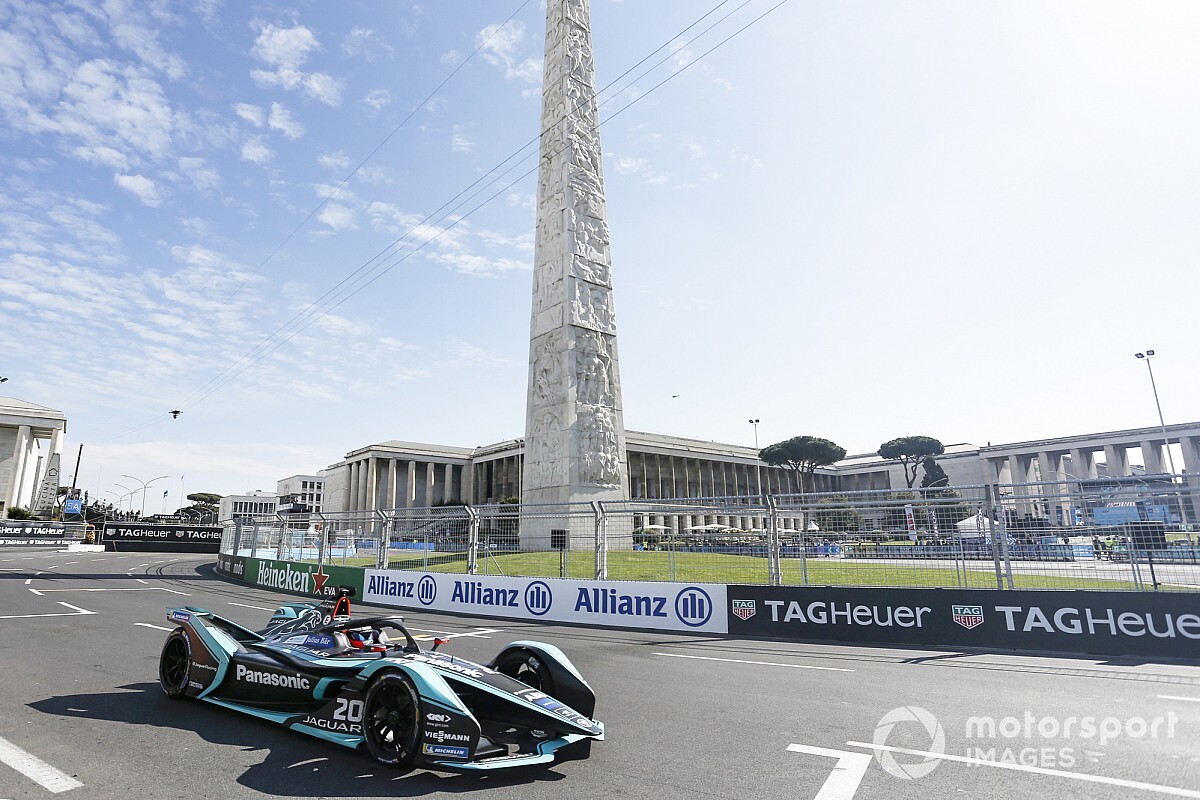 Formula E's Rome E-Prix has become the latest motorsport event to be postponed amid the global coronavirus outbreak.

The April 4 event was due to be the next round on the all-electric series' schedule, but now becomes the second FE event to be halted by the virus after the Sanya E-Prix in China.

On Wednesday, the Italian government announced that all sporting events were to take place behind closed doors until April 3 to contain the spread of the COVID-19 virus.

Although this is one day before the original Rome date, the normal FE weekend timetable features a shakedown session the day prior to the race.

A statement issued by FE read: “As a consequence of the ongoing health emergency in Italy and according to the provisions set out in the ministerial decree concerning measures to counteract and contain the spread of COVID-19 in the country – which includes sporting events with large crowds and spectators in close proximity – it will no longer be possible to stage the Rome E-Prix on April 4, 2020.

"Formula E, in agreement with the relevant authorities in Rome, EUR S.p.A and together with the FIA and Automobile Club d'Italia (ACI), will work closely with championship partners and stakeholders in order to assess and review alternative options to postpone the Rome E-Prix to a later date once restrictions have been lifted.

"All ticket holders will be contacted through the appropriate channels in the coming days."

Italy has been the worst-hit country in Europe by the coronavirus outbreak, having postponed both the men’s and women’s Six Nations rugby match with England and cancelled the Rome marathon.

The announcement from FE raises further doubt for the remainder of the 2019/20 calendar.

Thought to be most at risk are the inaugural Seoul (South Korea, May 3) and Jakarta (Indonesia, 6 June) events given their proximity to China, where the virus is thought to have originated.

However, Motorsport.com understands that FE will keep the April 4 date available for a race to be held in an alternative location to Rome. One possibility is for the series to travel to Valencia, where it conducts pre-season testing.

Some of the FE freight is already located at the Circuit Ricardo Tormo venue, making this a viable substitute.

Other major motorsport events to be impacted so far include Formula 1's Chinese Grand Prix, the first two rounds of the MotoGP season in Qatar and Thailand and the delayed Super Formula season opener at Suzuka.

Although the Australian Grand Prix is set to go ahead next weekend, organisers of the Bahrain Formula 1 event have halted tickets sales while the coronavirus situation is monitored.