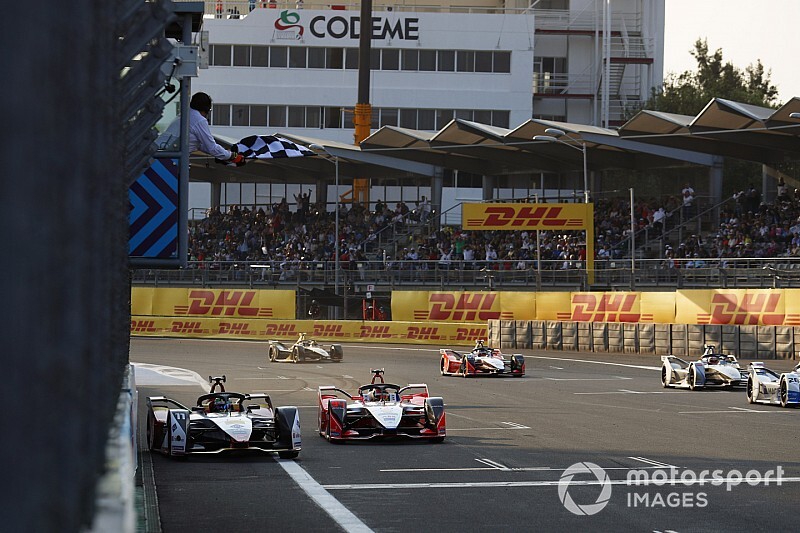 ABB FIA Formula E will alter its sporting rules for the 2019/20 season in a bid to reduce flatout races and encourage regular energy management tests.

The main change, which was announced after Friday’s meeting of the FIA World Motor Sport Council in Paris, relates to safety car and full course yellow periods, with a set amount of energy now set to be deducted from each car after each interruption.

The exact amount will be determined by the length of the race suspension and will be equal to 1kWh per minute for the duration of the caution period.

This means that if the safety car is out on track for six minutes, all drivers will have 6kWh subtracted from their remaining energy when the race restarts.

The move follows significant criticism of the race format rules in the first season of the Gen2 era as the current format means any race suspension removes the need for drivers to significantly save energy.

This reduces the chances of a chaotic finale along the lines of what occurred in Mexico City earlier this season, where long-time race leader Pascal Wehrlein ran out of energy metres from the line, with FE understood to be keen that this becomes a regular feature of its races.

The teams will still be able to save energy under race suspensions in 2019/20, but they will all be hit with the same restart reductions.

In further sporting rule changes, the attack mode power level will rise by 10kW to 235kW for next season.

Drivers will also no longer be allowed to activate the system during FCY or safety car periods.

FE and the FIA have now officially confirmed that the Gen2 cars will be run for an extra fourth season, as revealed by Motorsport.com.

An FE statement explained that the extra season in 2021/22 has been “agreed together with manufacturers, taking into account stability of the rules and cost control”.

The statement continued: “Further updates to car performance and regulation changes can be made during this cycle, including increase of power, improvements to the battery and an evolution of the design and bodywork.”

As previously reported by Motorsport.com, the Gen2 chassis design will be tweaked in a similar fashion to FE adding a new nose shape and front wing to the Gen1 machine.

The final sporting rule change announced at the WMSC is the addition of a point to be awarded to the driver topping the group running phase of qualifying.

This point is in addition to the three awarded for pole position and the point for fastest lap for drivers finishing in the top 10.

“Alongside the tweaks made to the sporting regulations, the racing has the prospect to be even more intense and unpredictable than ever,” said co-founder and deputy CEO Alberto Longo.

“We have three rounds remaining this season and a title fight that’s wide open, but I already can’t wait to get started again in Ad Diriyah in November.”

Promoted: Why oil companies are involved in Formula E